<-- HI/profile-archive/?prof=marcin-barczynski&type=society--> AIS CHANNEL - The ultimate surgical training experience!
This site uses cookies. By continuing to browse the site you are agreeing to our use of cookies. Find out more here.
Society articles related to Marcin Barczynski MD.

Signet Ring Cell Carcinoma of the Colon and Rectum

Jacqueline van Laarhoven Resident colorectal surgery Jeroen Bosch Ziekenhuis‘s Hertogenbosch, the Netherlands Netherlands AIS Ambassador Primary signet ring cell carcinoma is a tumor most commonly located in the stomach, and less frequently in the breast, gallbladder, bladder, and pancreas. Primary signet-ring cell carcinoma of the colon and rectum is a rare form of adenocarcinoma of […]

5 Things You Should Know about Breast Carcinoma in situ Treatment

Revisional Surgery for Sleeve Gastrectomy: Why, What, How? 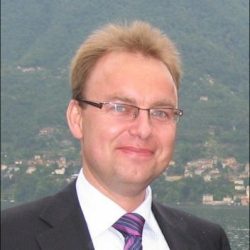