<-- HI/profile-archive/page/4/?prof=camilo-boza&type=society--> AIS CHANNEL - The ultimate surgical training experience!
This site uses cookies. By continuing to browse the site you are agreeing to our use of cookies. Find out more here.
Society articles related to Camilo Boza

Ana Otero, MD, PhD Gastrointestinal Surgery Specialist AIS Channel Medical Team Indications and Contraindications for Strictureplasty Not all patients are candidates for bowel-preserving procedures. It was originally believed that strictureplasty should only be performed in short-length strictures, but this idea was challenged by Michelassi. Now the length of a stricture is not a significant variable […]

Five things you should know about 5G technology and surgery

F. Borja de Lacy, MD Gastrointestinal Surgery Specialist Hospital Clinic, Barcelona, Spain With the latest advances in surgical education, new limitations on the process of excellence training have emerged. One of the most important self-confidence. Until recently, a surgeon was trained under the dogma “seeing one procedure, performing one procedure, teaching one procedure.” That increased […]

Global Surgery Chapter I: The concept

Carolina González Abós General Surgery Resident Lancet commissions set the key messages on global surgery. 5 billion people do not have access to safe, affordable surgical and anesthesia care when needed. An additional 143 million surgical procedures are needed in Low and Middle Income Countries every year to save lives and prevent disability. 33 million […]

Romina Pena, MD Junior Attending General Surgery HISTORIC BACKGROUND Intestinal antisepsis began in the 1900s with the goal of lowering morbidity and mortality rates after strangulated bowel obstruction surgery. Before the antibiotic era, scientists discovered that irrigation of the obstructed bowel prevented mortality by eliminating toxins that were related to intestinal bacteria. A study by […] 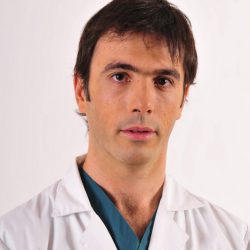