<-- HI/profile-archive/page/8/?prof=antoni-castells&type=society--> AIS CHANNEL - The ultimate surgical training experience! //
This site uses cookies. By continuing to browse the site you are agreeing to our use of cookies. Find out more here.
Society articles related to Antoni Castells

ILEAL POUCH 7/15: Can Fluorescence Angiography Be of Any Help?

Antonio Spinelli, MD PhD FASCRS Chief Colon and Rectal Surgery Division Humanities Research Hospital Milano In this lecture, Professor Antonino Spinelli talks about the use of fluorescence imaging to confirm vascularisation of the ileal pouch. Fluorescence imaging has been used widely in the recent years as a tool to evaluate perfusion in colorectal surgery. It […]

Chest trauma: Use of VATS in traumatic patients

Sofia Espinoza Villalobos General Surgery resident Hospital Clinic (Barcelona, Spain) In 1600 BC, in the Edwin Smith Surgical Papyrus, written in ancient Egypt probably by Imhotep, the builder of the Step Pyramid in Saqqara, thoracic traumas were documented. Later in 400 BC, Hippocrates described hemoptysis after rib fracture, defining hemoptysis as a significant injury to […]

Jordi Farguell Piulachs General Surgery resident Hospital Clinic, Barcelona, Spain Hemostasis To understand patient management and stabilization during bleeding, the mechanisms of hemostasis and thrombosis must be known. Hemostasis can be defined as a regulated and complex process that maintains the blood flow and simultaneously activates a thrombotic response when tissue damage occurs. The main […]

Romina Pena, MD Specialist, Gastrointestinal Surgery Hospital Clinic, Barcelona, Spain Introduction Despite being overlooked for years, the gut microbiome is one of the largest components of our body. The commensal gut microbiota maintains a crucial host-bacteria balance that plays a key role in health and disease. The composition of the human gut microbiota is altered […]

ILEAL POUCH 4/15: What can we learn from the TaTME Registry on benign disease?

Raquel Bravo (Gastrointestinal Surgeon Consultant) Ana Otero (Gastrointestinal Surgeon Consultant) Hospital Clínic, Barcelona (Spain) We present the case of a patient with a rectovaginal fistula in which we use the robotic approach as a minimally invasive technique of choice, with favorable results. Clinical case This is a 62-year-old patient, with no medical history, who underwent […]

5 things you should know about paraesophageal hernia repair – Chapter 3

Victor Turrado-Rodriguez Dulce Momblan Main steps in hiatal hernia repair As reviewed in chapter 2, the main principles of hiatal hernia repair are: Reduction of the hernia contents into the abdominal cavity. Dissection and sac excision. Correct repositioning of the esophagogastric junction. Dissection of the diaphragmatic pillars. Crural repair. Fundoplication. Rationale for an antireflux procedure […]

ILEAL POUCH 3/15: TaTME-Pouch: What Can We Learn From Collective Experience?

Baljit Singh Consultant Colorectal Surgeon Honorary Senior Lecturer within the Department of Cancer Studies University of Leicester In this video, Baljit Singh speaks about the recorded data about pouches from 2012 to 2017. Pouch surgery is not a common surgery within the scope of colorectal surgery. Of the approximately 400 surgeons who have ever performed […]

5 things you should know about Global Surgery

Silvia Valderde Global Surgery “Is the international surgical community ready to prepare training modules for essential surgery?” Dr. Halfdan Mahler, Director General of the World Health Organization (WHO), made this question 40 years ago. He pointed out for the first time that the vast majority of the world’s population has no access to skilled surgical […]

THINGS YOU SHOULD KNOW BUT ARE AFRAID TO ASK

ILEAL POUCH 2/15: TaTME-Pouch: What Are The Disadvantages?

Peter Kienle, MD PhD Chief of General and Visceral Surgery Theresienkrankenhaus und St. Hedwig-Klinik Mannheim, Germany In this video in the Ileal Pouch Series, Dr. Kienle talks about the disadvantages of TaTME. Restorative proctocolectomy is indicated for treatment of inflammatory bowel diseases such as ulcerative colitis or in familial polyposis. Only around 20% of cases […]

5 things you should know about transaxillary thyroidectomy

Roser Termes General Surgery Resident Hospital Clínic, Barcelona – Spain Background The era of modern thyroid surgery was introduced by Theodor Billroth and subsequently developed as a safe and effective procedure by Theodor Kocher, for which he was awarded the Nobel Prize in 1909. Since then, excision of the thyroid through a skin fold incision […]

Mesh augmentation in abdominal wall repair. How much is enough?

Romina Pena Incisional hernia is one of the most frequent long-term complications after abdominal surgery, with an incidence of 2-20% in the general patient population. In high risk patients (i.e. morbidly obese and people with abdominal aortic aneurysm), incidence can increase to more than 30%. Other known risk factors for poor wound healing include smoking, […]

Roel Hompes, MD Consultant Colorectal Surgeon Academic Medical Center Amsterdam – University of Amsterdam In this first lecture, Dr. Roel Hompes speaks about the construction of the ideal ileal pouch. He defends that the transanal approach is the logical next step after the transabdominal subtotal colectomy, since it allows for a total proctectomy under direct […]

Colorectal cancer follow-up… is there any chance of a consensus?

F. Borja de Lacy Colorectal cancer is the third most common cancer in the world, with approximately 1.4 million new cases and 694,000 deaths every year. The most complex form of the disease occurs when cancer affects the rectum, which accounts for one third of all colorectal cancers. Nowadays, at 5 years, the risk of […] 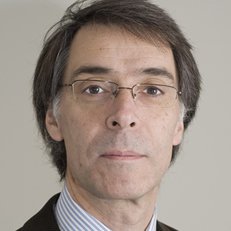