<-- HI/society/a-new-3d-visualization-system-has-been-used-at-the-hospital-clinic-of-barcelona/--> AIS CHANNEL - The ultimate surgical training experience! //
This site uses cookies. By continuing to browse the site you are agreeing to our use of cookies. Find out more here.
Categories
A new 3D visualization system has been used at the Hospital Clínic of Barcelona
Posted in News on 7 February 2017
AIS Channel 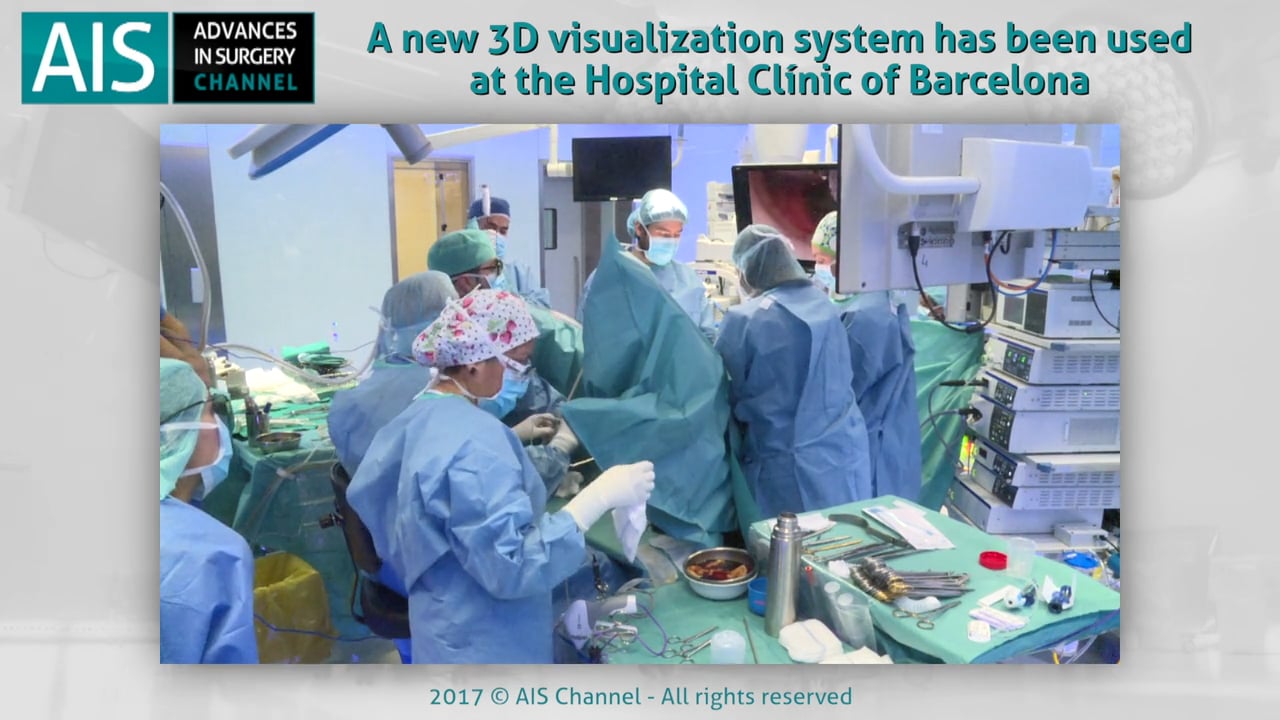 The quality of the image provided by the visualization system plays a key role in laparoscopic surgery, as it becomes the surgeon’s eyes inside the patient. 3D technology has been a great advance for minimally invasive procedures as it provides surgeons with the perfect depth, making their manoeuvers easier, specially in difficult surgical fields.

Preliminary impressions were favorable as image quality was good and the optic was easy to use. Oliver Burghardt is the Manager of the Surgical Imaging & Urology Department at OLYMPUS EUROPA HOLDING SE, who was in the OR during the test. Here is his feedback.