<-- HI/society/ais-channel-15th-live-congress-memoriam-victor-fazio/--> AIS CHANNEL - The ultimate surgical training experience!
This site uses cookies. By continuing to browse the site you are agreeing to our use of cookies. Find out more here.
Categories
In Memoriam Vic Fazio
Posted in News on 27 April 2017
AIS Channel 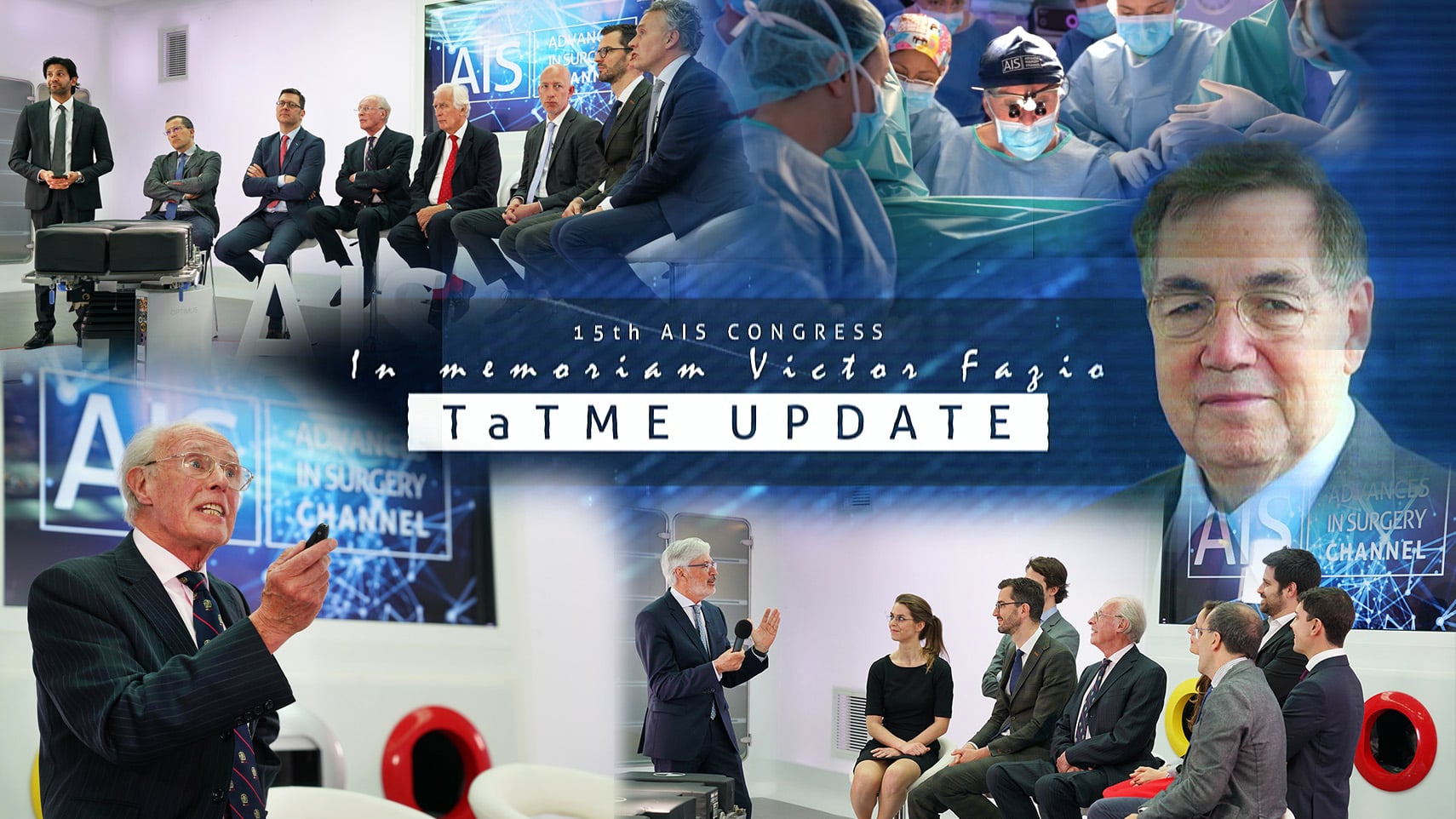 During the 15th live congress in memoriam Victor Fazio, world experts discussed the updates in the innovative approach for rectal cancer, transanal total mesorectal excision (TaTME). Various aspects of the technique, such as the evolution of the technique, surgical tips and tricks, oncologic and functional outcomes, and international registries, were addressed.

The event was followed by over 16,000 live users from 99 countries, an impressive number that reflects the continuously growing interest of the surgical community in our live events. Watchers from the United States, United Kingdom, Spain, India, Italy and Brazil were the most numerous, followed by Germany, Mexico, Belgium, Canada, China, Japan, Taiwan, Saudi Arabia and Argentina. According to our statistics, surgeons from all training stages viewed the event, from surgery residents to senior surgeons.

Dr. Heald, Dr. Lacy and Dr. Wexner welcomed the international speakers. Dr. Sylla introduced us to the history of transanal surgery, and later discussed unusual complications of the technique. Dr. Whiteford analyzed the translation of the lab experiments of this novel technique into the operating room, which later on would be validated as Dr. Knol explained. Dr. Chand discussed the LAPCO program in TaTME and Dr. Stevenson described the adoption of the transanal approach throughout the world. Drs. Hompes, Tuynman and van Laarhoven participated in the discussion on the international registries collecting data about the transanal approach.

The closing debate led to the live surgery, a combined transanal and transabdominal approach to high rectal cancer from the Hospital Clínic in Barcelona performed by Dr. Lacy.  Indications, technical aspects as well as complications were topics of discussion brought up by the viewers, who took active part in the chat discussion with the experts from the round table, including Drs. Chand, Heald, Hompes, Motson, Sietses, Muratore, Knol and Tuynman.

The third section of the congress was opened by Dr. Motson, who exposed the landmarks and results of the transanal approach, followed by Dr. Albert, who posed the question of whether a one-team or a two-team approach helps to improve the technique. Dr. Sietses spoke about stapling techniques, while Dr. Pigazzi brought the discussion of robotic rectal surgery into the spotlight. A thorough analysis of the existing data regarding rectal surgery was carried out by Dr. Martínez. Videos about tips and tricks for complication prevention were explained by Dr. Martín-Pérez. Oncological and functional results were presented by Dr. DeLacy and Turrado respectively.

To honour the memory of Dr. Victor Fazio, Dr. Delaney had the privilege of giving a keynote speech on this extraordinary doctor, who left an invaluable legacy not only for the future generations of surgeons, but also an unforgettable memory among his colleagues and friends.

Once again, AIS Channel has been able to bring the best education to every corner of the world from the hands of the best surgeons and honor one of the best surgeons which our community has ever known, Dr. Fazio. Our team continues to be committed to the promotion of free education. We would like to thank our members for pushing us farther and beyond every time. See you in our next live event!!!