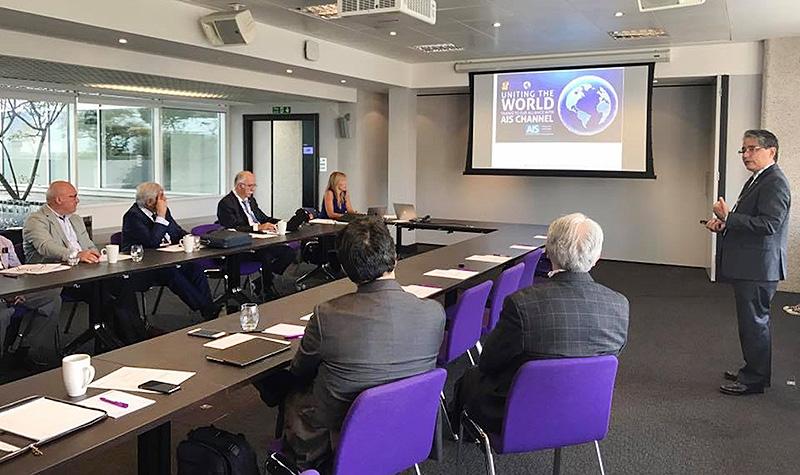 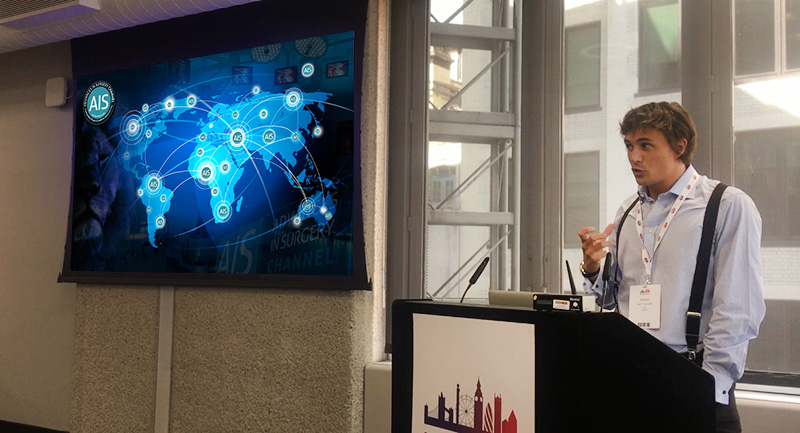 Kelvin Higa, President of IFSO, and Natan Zundel, Past President of IFSO, presented the recent partnership between AIS Channel and IFSO based on digitalizing IFSO’s educational contents in order to make them available to the global bariatric community. Further evidence of AIS’s commitment to universal education for health care professionals across the world.

Among the different topics discussed during the conferences, AIS took part in the ¨Training in Obesity and Bariatric Surgery¨ session, represented by Hugo De Lacy and Beatriz Martín-Pérez. The oral presentation “AIS Channel: Learning Bariatric Surgery With The Latest Technologies” emphasized the role played by AIS in training in bariatric surgery, as an essential reference worldwide. Through its multiple live broadcasts, international leaders in bariatric surgery demonstrated procedures such as robotic banded bypass and sleeved gastric bypass. The possibility of live interaction with the experts during the live congresses and surgeries brings surgeons from every corner of the world closer to the key opinion leaders, opening a new gateway to online and remote teaching. An outstanding effort was made by the AIS team regarding the teaching of revisional bariatric techniques. Surgical and endoscopic approaches, such as conversion of sleeve gastrectomy to gastric bypass, surgical management after failed laparoscopic Roux-En-Y gastric bypass, and endoscopic revision on a Roux-en-Y gastric bypass stoma dilation, were discussed. In addition, two of the live events were devoted to the training of young surgeons, with step-by-step procedures. An average of 12,000 live viewers from over 100 countries have followed each live bariatric event (AIS bariatric live audience record: 16,542 live viewers from 102 countries at https://aischannel.com/congress/13th-live-congress/). New tools were also introduced during the IFSO presentation, such as the new virtual reality simulation, which allows the surgeon to be inside the operating theatre, selecting the different cameras and perspectives.

AIS Channel continues to grow among the surgical community, increasing its presence in surgical meetings as well as in scientific publications. Our commitment continues, supported by these achievements, and will endure, based on our engagement with universal training.