<-- HI/society/antimicrobial-resistance-ciai/--> AIS CHANNEL - The ultimate surgical training experience!
This site uses cookies. By continuing to browse the site you are agreeing to our use of cookies. Find out more here.
Categories
Antimicrobial Resistance in cIAI
Posted in Lectures on 4 January 2018 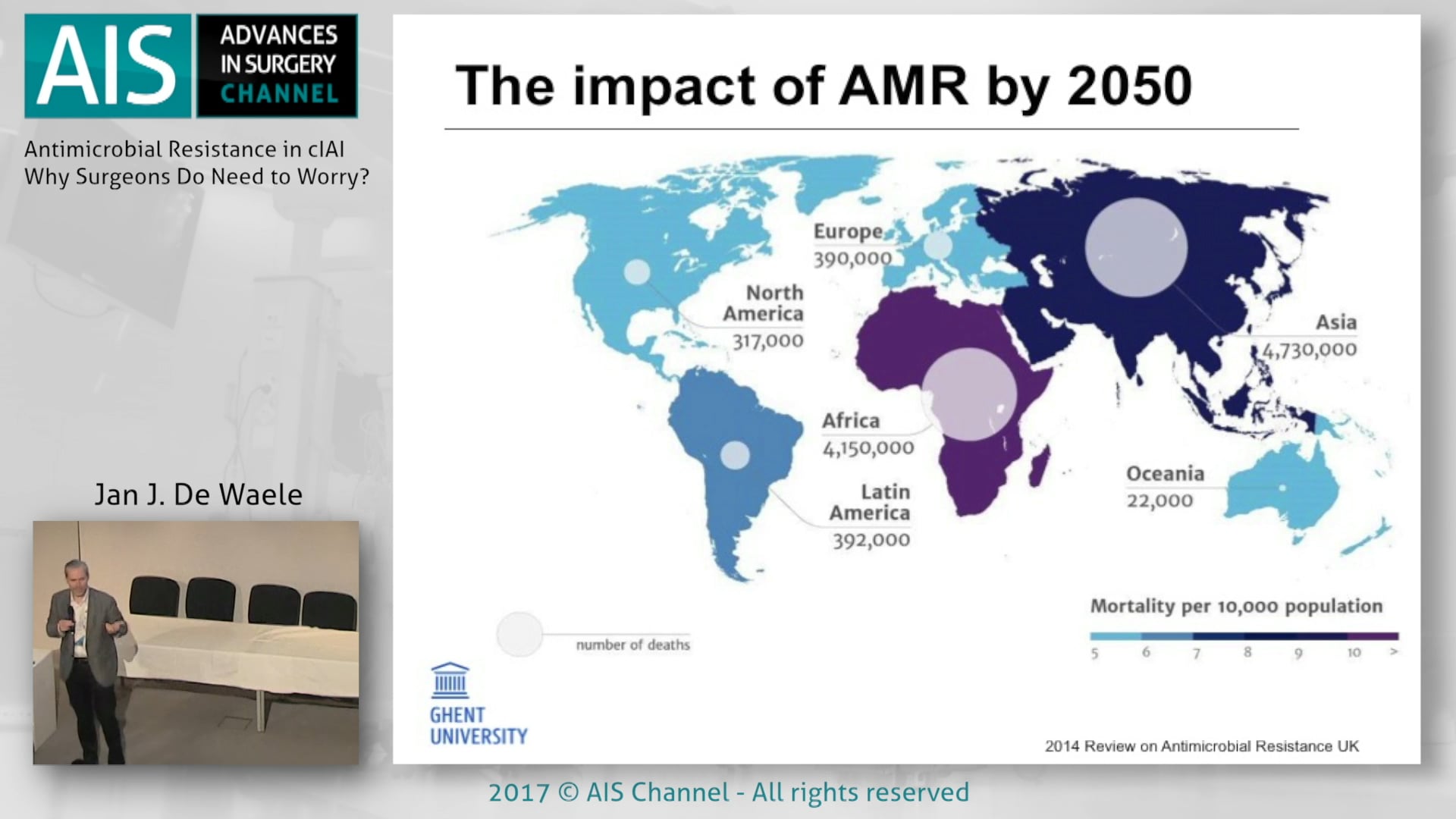 One of the main problems with antimicrobial resistance is that there is significant selection pressure due to antibiotic use in healthcare and agriculture, and that the mutations that cause bacterial resistance are very mobile. This is is fueled by poor hygiene, suboptimal dosing, lack of source control, and globalization (patients and tourist traveling from one country to another).

Also, there is significant variability in prevalence between countries and even between different regions in the same country, with local ecology being the main factor in terms of resistance.

As regards surgical site infection, antibiotic resistance will make its prevention harder, causing a failure of empirical antibiotic therapy and limiting the use of antimicrobial guidelines.

Dr. Jan J. De Waele MD, PhD in the Department of Critical Care Medicine at Ghent University Hospital (Belgium) argues that an antibiotic stewardship program associated with the prevention of spread, proper use of antibiotics, hand hygiene, targeted screening and isolation are critical to control antibiotic resistance, and that surgeons must be involved in multidisciplinary teams monitoring antibiotic use and antibiotic resistance.