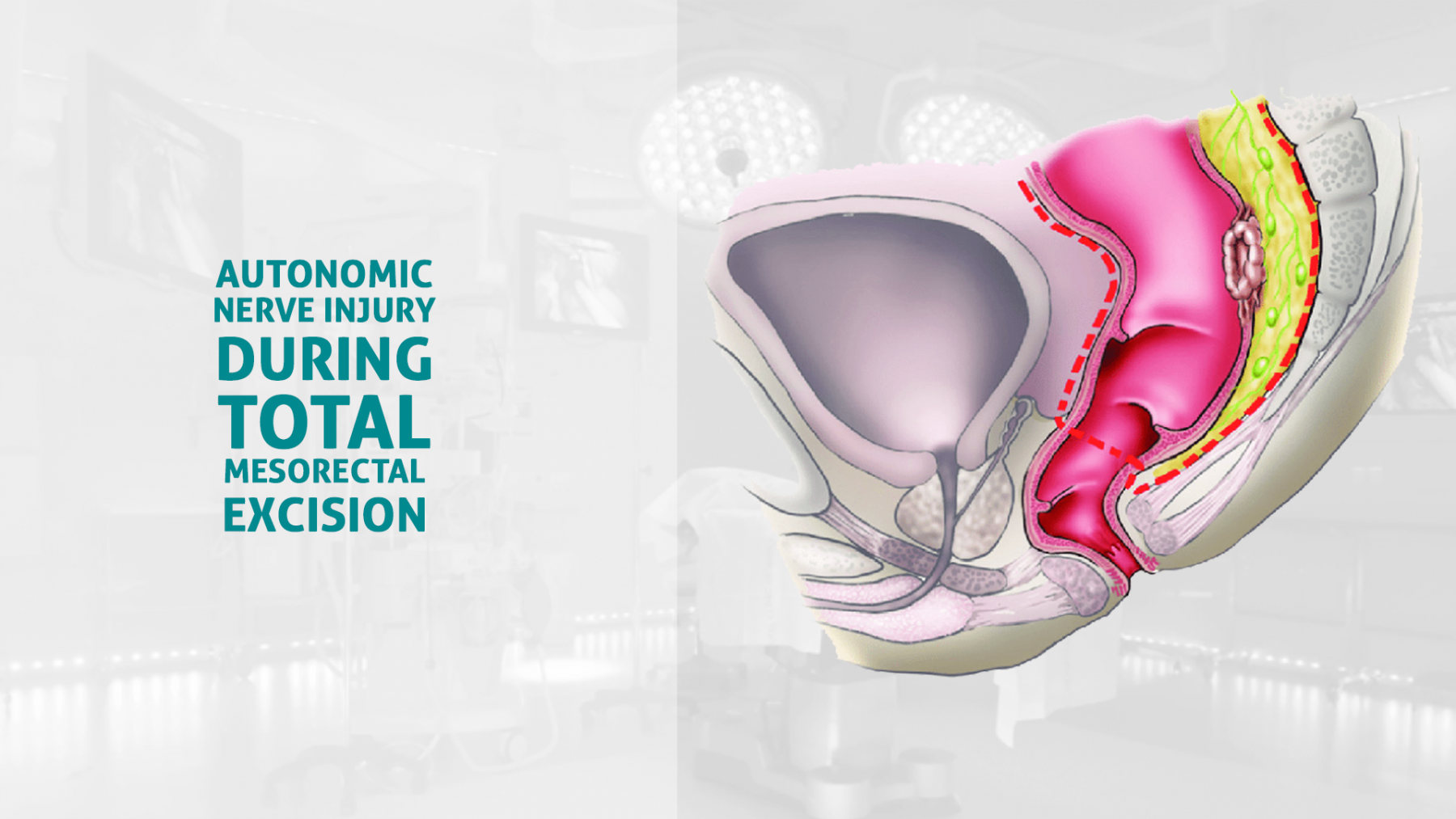 Surgery based on the total mesorectal excision is considered as the gold standard for the curative treatment of rectal cancer. The dissection of the tumor, the rectum, and the mesorectal envelope along embryological-specific planes has decreased the locoregional recurrence risk to less than 10% and increased the five-year overall survival to more than 75%. This outstanding oncological data must, however, be analyzed in the context of the functional outcomes and health-related quality of life. Unfortunately, rectal cancer surgery carries serious side effects, which usually include bowel, urinary or sexual dysfunction.

Neural damage can be caused by radiation, but surgeon must be aware that the plane of dissection during total mesorectal excision is closely connected to the autonomic nervous system that innervates the intestinal, urologic, and sexual organs. Specifically, there are four nerve structures that can be injured during mesorectal dissection:

This video will review the potential injury sites of these autonomic nerves during total mesorectal excision.