<-- HI/society/can-surgeons-reduce-anastomotic-failure-in-right-colectomy/--> AIS CHANNEL - The ultimate surgical training experience!
This site uses cookies. By continuing to browse the site you are agreeing to our use of cookies. Find out more here.
Categories
Can surgeons reduce anastomotic failure in right colectomy?
Posted in Lectures on 25 January 2018 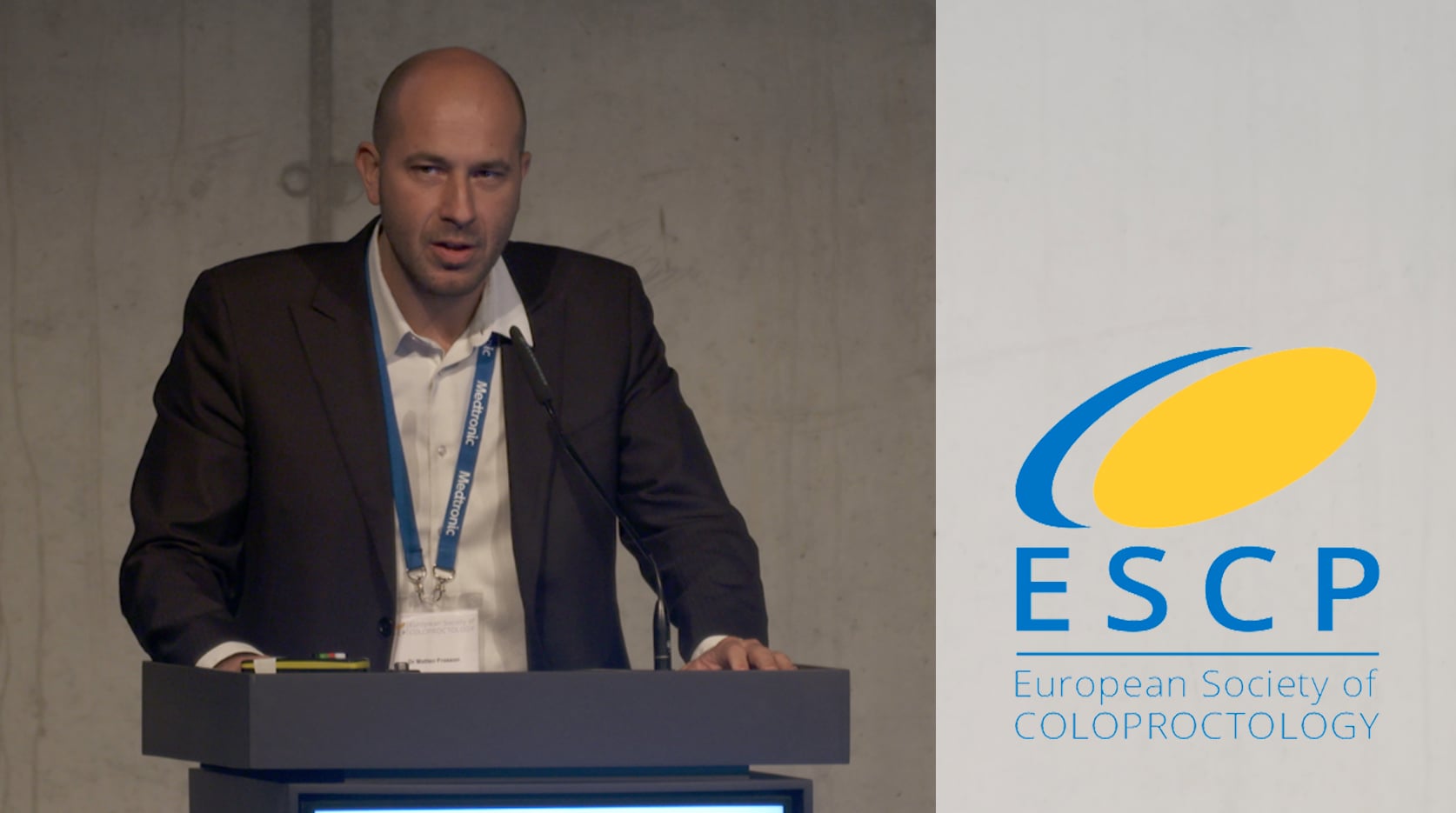 Snapshot studies are multicenter, prospective, observational studies during a short period of time and involving a large amount of patients. They are audits aimed at identifying variability areas in daily practice, thus building new research networks. Each individual site includes a maximum of five investigators and its results belong to a corporate authorship.

In this case Dr. Frasson focuses on the anastomotic leak, one of the most frequent concerns for general surgeons. Identifying patients at risk of anastomotic leak and carrying out a strict follow-up of these cases is crucial for the detection of this complication.

The first controversial question regarding the ileo-colic anastomosis is whether this technique (stapled versus handsewn) has an impact upon the anastomotic leak rate. For a period of two months, data were collected from more than one thousand clinicians in 284 recruiting sites in 38 countries. The number of patients included was 3,208, and data were complete in 97.4% of the records.

The second snapshot study presented by Dr.Frasson focuses on the closure of the intestinal stoma and was carried out in 2016. All kinds of surgeries and intestinal stomas were included in this study. Participation was even higher than in the first snapshot study, including 1,211 clinicians and 48 different countries, not only in Europe but globally. Data were complete in 99.3% of the records. The number of patients included was 900.

The leak rate was different for the different kinds of stoma (4% in loop ileostomy closure and up to 8% in end colostomy closure). These stomas were created in the primary surgery in 85% of the cases, whereas 15% were the consequence of a complication. The average time from creation to closure of the stoma was almost 6 months. Half of the anastomoses were performed using staplers and the other half were handsewn. No differences were found in the anastomotic leak rate in these two groups.

At the end of his speech, Dr. Frasson briefly mentions the third snapshot carried out in 2017 on left colonic and rectal resections. These three snapshot studies include a total of more than 10,000 patients and more than 3,000 researchers.

Significant points are identified in snapshot studies, supplying important data to design future clinical trials, which proves that collaborative research really works and a strong network can be created by surgeons working together to improve patient care.