An 88-year-old female with a medical history of high blood pressure and dyslipidemia arrived at the emergency room with a history of seven days’ absence of defecation, progressive distention and diffuse abdominal pain. In examination her vital signs were stable, the abdomen was distended with bloat and mild tenderness at the right lower quadrant. The rectum was empty. A scar from a previous laparotomy was noticed and the patient did not remember the surgical procedure.

Further investigation was carried out by means of a blood test that yielded normal results. The X Ray revealed an important distention of small bowel with an empty colon. To clarify the diagnosis a CT scan was performed, which revealed a 10-cm cecum volvulus with signs of ischemia (VID. 1).

Surgical treatment was performed laparoscopically. A total of four trocars were used. Several adhesions were taken down including the one that caused the volvulus. The cecum and the terminal ileum were mobilized and extracted through the inferior part of the previous laparotomy.

An ileocecal resection was made by means of a latero lateral mechanical anastomosis. A drain was placed for postoperative surveillance.

Surgery took 120 minutes and was uneventful. The patient presented with a mild ileus that was solved in three days and the patient left hospital 6 days after the procedure. 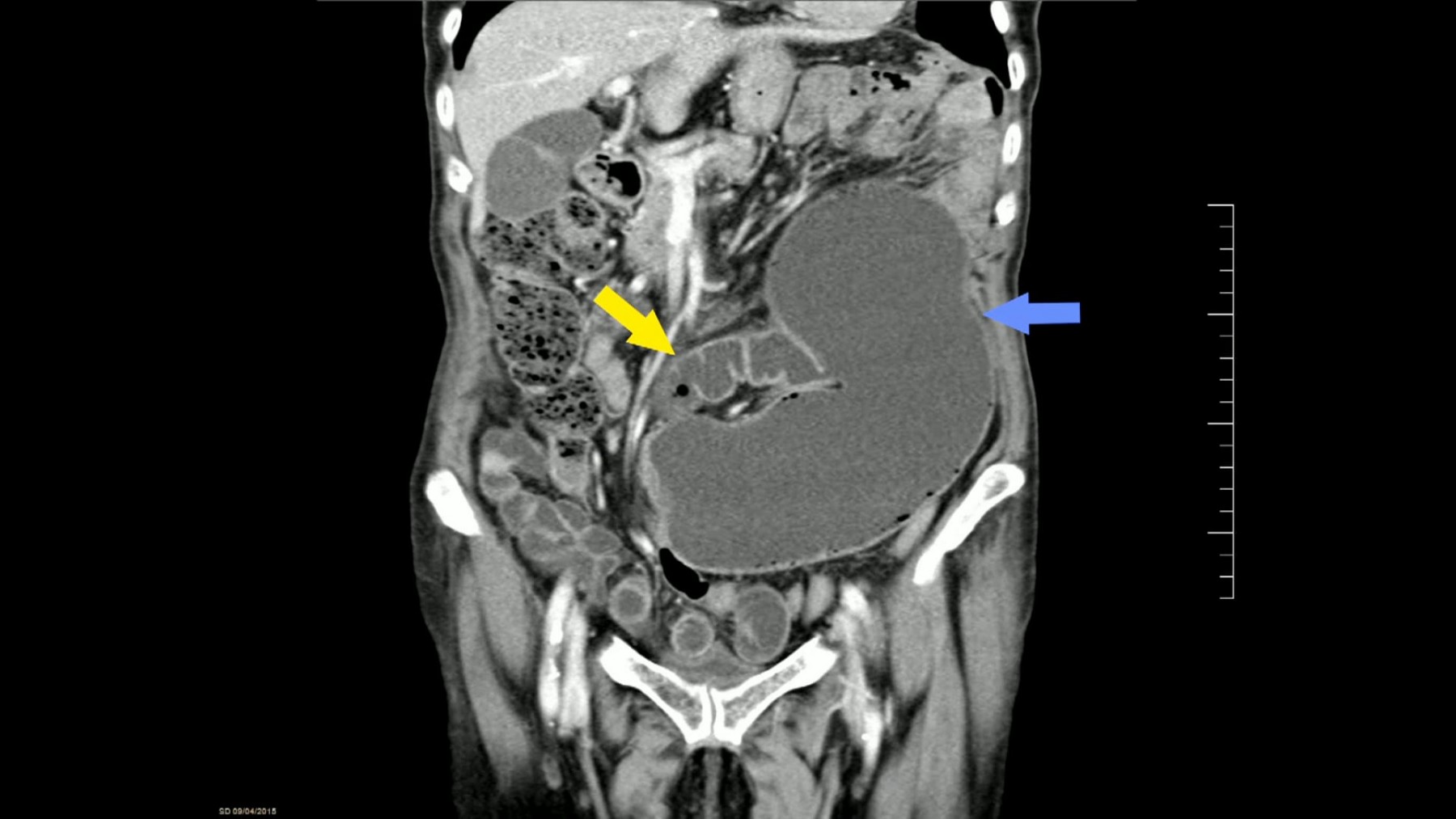