The patient presented a leakage at the level of the blind stump of the colon, without affecting the anastomosis. Initially, she was treated conservatively with Endosponge therapy without success, persisting a presacral abscess over time that evolved into a chronic sinus.

It was decided to wait with conservative treatment and antibiotherapy, presenting an unfavorable evolution after 10 months with persistence of the sinus in control CT Scan with rectal contrast.

Given the persistence of leakage, it was decided to perform a Laparoscopic Surgery to section the colon stump where the sinus was located.

The patient was placed in a supine position with open legs. A 10 mm umbilical port was placed for 3D scope, other 10 mm port in the right iliac fossa and two 5 mm ports on each flanks.

Once inside the abdominal cavity, we explored the pelvis, observing a significant inflammatory plastron that encompasses the right ovary and fallopian tube. At this time we began the dissection, to separate the colon from the rest of the structures. The purpose was to identify the blind stump of the anastomosis, where the sinus was located.

We performed blunt and hook dissection. The right ovary was intimately attached to the inflammatory zone, so it must also be separated in order to progress. Once the gynecological structures were released, we continued with the lateral and anterior dissection, always carefully so as not to damage the colon and the rectum.

Next, we proceed to the dissection of the anterior face in order to gradually reach the stump approaching it circumferentially. Ligasure was also useful to release fibrous tissue. Next we put a gauze to help us separate the tissues without damaging them and continue with the dissection. It is important to have the colon and rectum identified every moment to avoid injury. Little by little we were identifying the stump of the colon and the area where the leakage was found. For its complete release we continued with the section of pericolonic fat and its adhesions to the colon that was part of the anastomosis without damaging it. We used hook, ligasure and blunt dissection at all times.

Now we could see the staple line of the blind stump of the colon. We proceed to perform a rectal examination, objectifying the leak of the stump and in turn it serves to make traction of the stump and help to free it and individualize it to be able to resect the area of the defect since, as we see, it is a long stump with healthy tissue below the hole fistulous.

At this time, even discharge of purulent material could be seen, possibly accumulated in the cavity of the previous chronic sinus. Once the stump was completely released, we checked that there was sufficient healthy tissue to be able to section it, well vascularized and that it is separated from the colon to be able to carry out the section without damaging the anastomosis.

Next we carried out the section of the stump including the leak, with an EndoGIA checking that we included the defect. We performed a rectal examination, aiming for a good passage through the anastomosis, good quality of the colon and rectum and that the new suture is integrated and of good quality. A drain was placed in the pelvis, finishing the surgery. 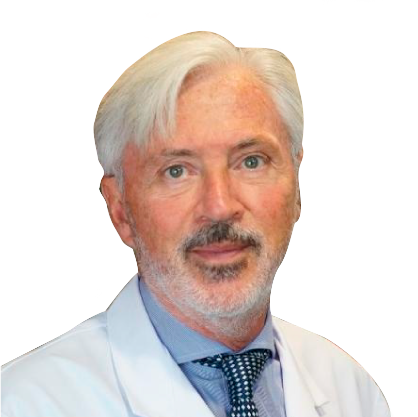 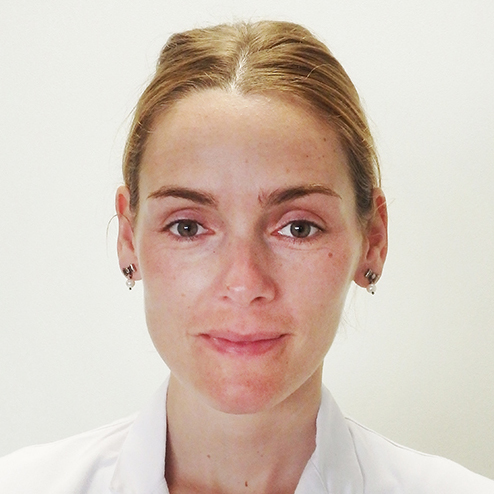