<-- HI/society/classification-lymphadenectomies-gastric-cancer/--> AIS CHANNEL - The ultimate surgical training experience!
This site uses cookies. By continuing to browse the site you are agreeing to our use of cookies. Find out more here.
Categories
Classification of lymphadenectomies in gastric cancer
Posted in Lectures on 5 June 2018 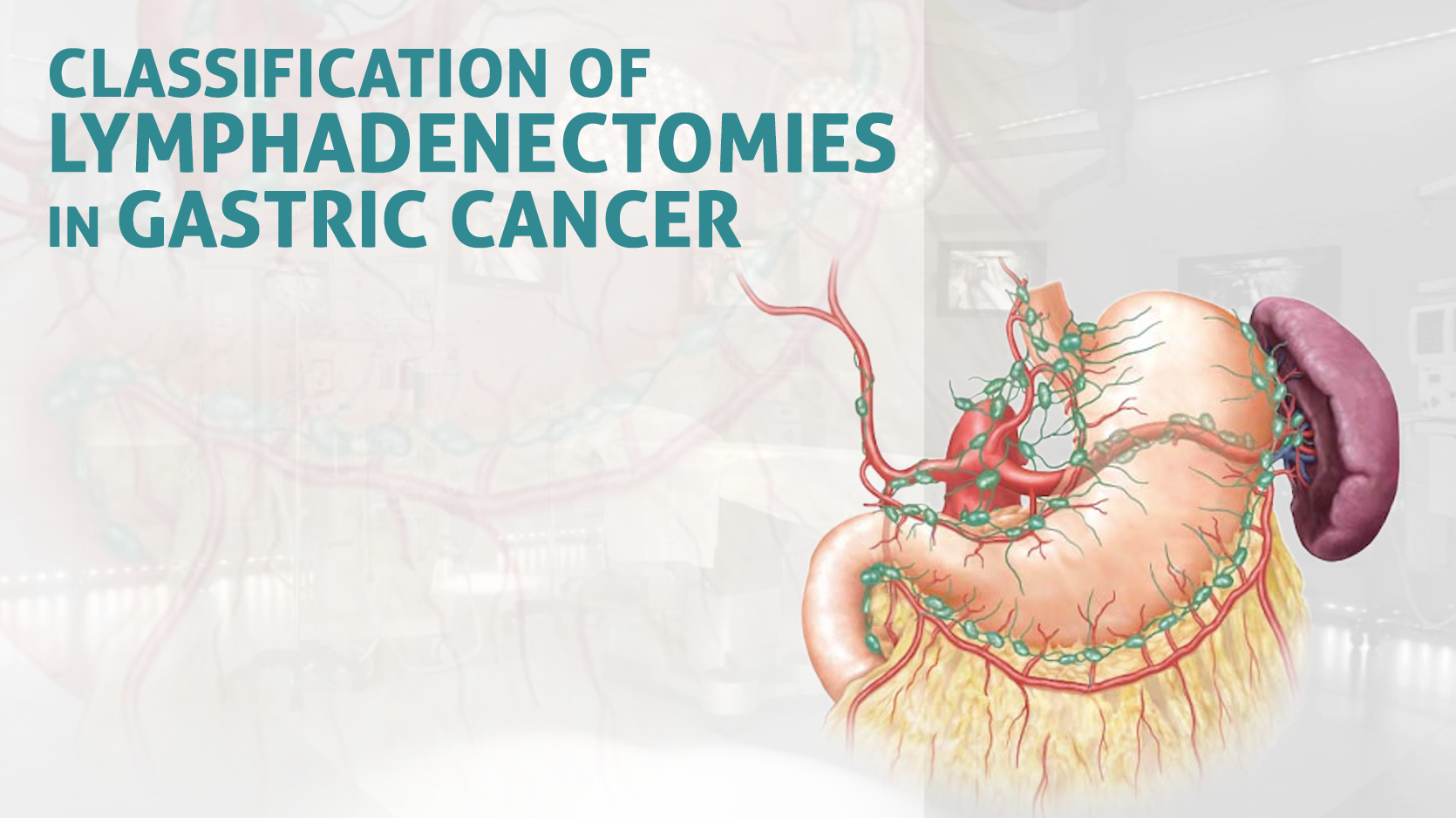 The draining lymph node basins for the stomach have been meticulously divided into 16 stations by Japanese surgeons. Stations 1 to 6 are perigastric, and the remaining 10 are located adjacent to major vessels, behind the pancreas, and along the aorta.

D1 lymphadenectomy refers to a limited dissection of only the perigastric lymph nodes (stations 1 to 7). D1 lymphadenectomy is indicated for T1a tumors that do not meet the criteria for EMR (endoscopic mucosal resection)/ESD (endoscopic submucosal dissection), and for cT1bN0 tumors that are histologically distinct and 1.5 cm or smaller in diameter.

Recent studies support the concept that if the D2 dissection can be performed with low operative mortality, similar to that of a D1 dissection (as is the case in high volume centers), survival will be positively affected. D2 dissection is preferred in patients with potentially curable gastric cancer.

Concerning D3 dissection, several studies concluded that the resection of the para-aortic nodes do not provide any significant survival benefit.

In conclusion, recent studies suggest that cancer-specific mortality rates are significantly lower in patients who undergo D2 lymphadenectomy rather than D1. By contrast, there is no evidence that a D3 (para-aortic lymphadenectomy) confers a survival benefit over D2 dissection, and it is associated with higher perioperative mortality.