<-- HI/society/complete-mesocolic-excision-with-central-vascular-ligation-d3/--> AIS CHANNEL - The ultimate surgical training experience! //
This site uses cookies. By continuing to browse the site you are agreeing to our use of cookies. Find out more here.
Categories
Complete mesocolic excision with central vascular ligation (D3)
Posted in Videos on 16 February 2017 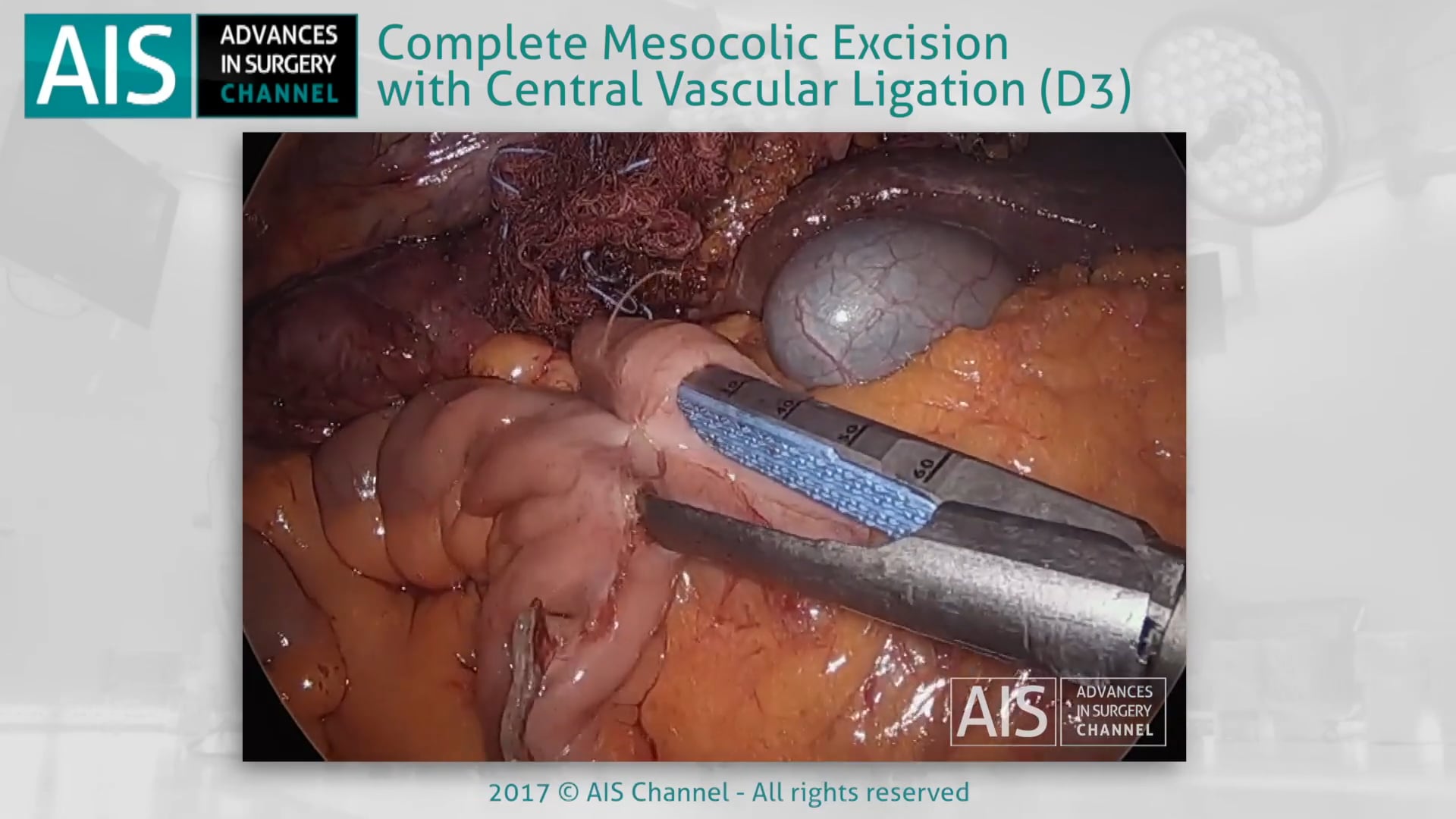 We present the case of a 58-year-old female, who was found to have cecal cancer on a screening colonoscopy. The patient described no associated symptoms, and had a BMI of 34.

A medial-to-lateral approach creates a mesenteric window, just inferior to the ileocolic vascular pedicle. The right retrocolic space between the mesocolon and the right pre-renal fascia is the natural surgical plane, which is extended laterally and cranially. The inferior part of the duodenum is the first exposed structure, followed by the uncinate process of pancreas.

The transverse colon was mobilized up to the hepatic flexure along the prior plane of dissection as well as the ascending colon, joining the right retrocolic plane. Then, the gastrocolic ligament was divided near the greater gastric curvature. The right colon was completely mobilized once the distal ileum had also been dissected.

Then, indocyanine green was injected to assess the vascularization of the transverse colon, at the level of the anastomosis. Vessels lit up under the camera, marking the site for the anastomosis, showing a correct vascularization. The same process was followed for the distal ileum. The transverse colon was sectioned using an endoGIA, as was the distal ileum.