<-- HI/society/groin-hernia-classification/--> AIS CHANNEL - The ultimate surgical training experience! //
This site uses cookies. By continuing to browse the site you are agreeing to our use of cookies. Find out more here.
Categories
Groin Hernia Classification
Posted in Lectures on 22 May 2020
Roser Termes Serra
General Surgery Resident
Hospital Clinic (Barcelona, Spain) 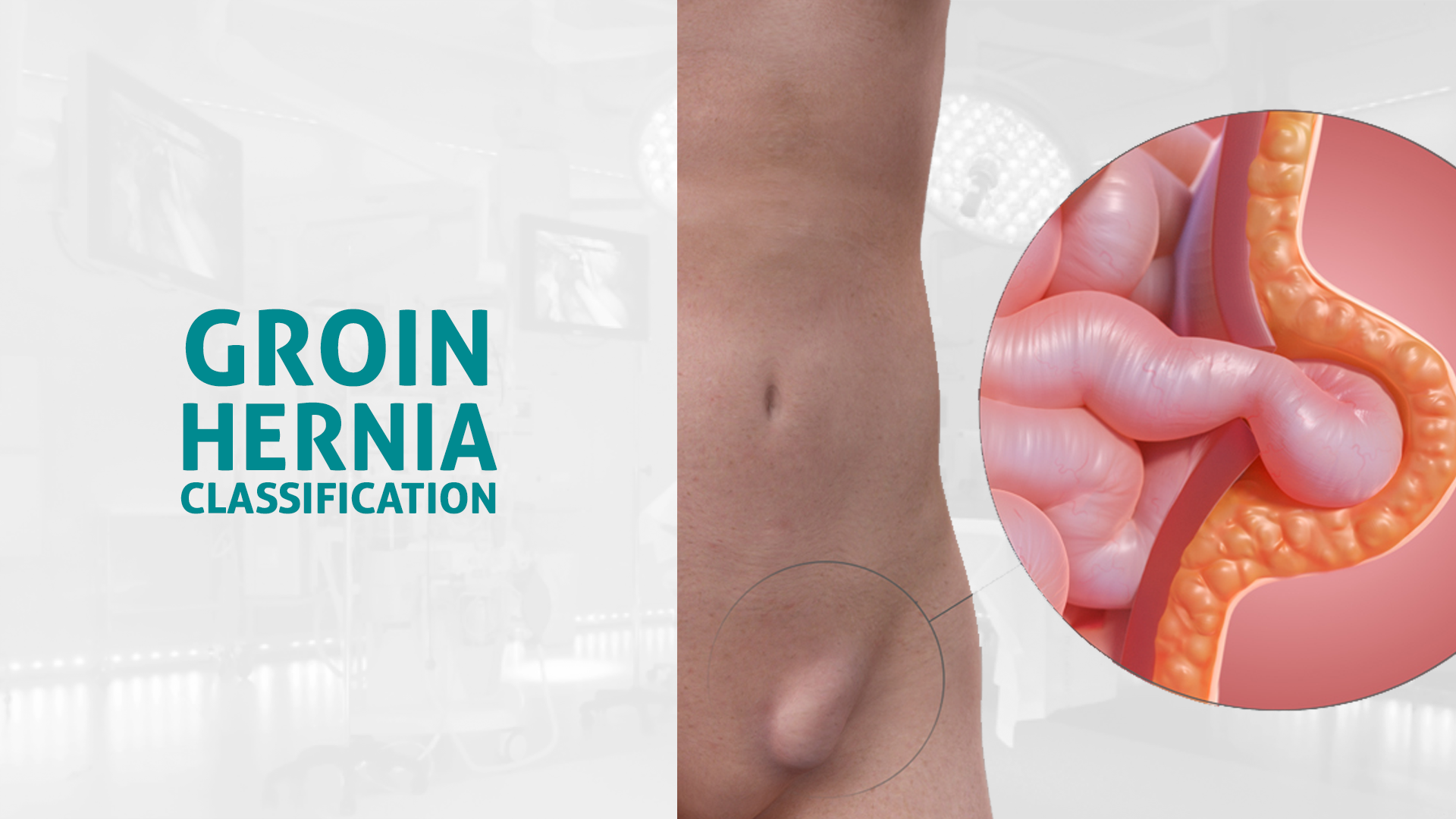 Hernias are among the oldest recorded illnesses of humankind. About 75% of all hernias appear in the inguinal area. Worldwide, groin hernia repair is one of the most common surgeries, performed on more than 20 million people annually.

Inguinal hernias may be classified, in general terms, as indirect, direct and femoral.

Several classifications for inguinal hernias have been described to allow surgeons to define the anatomical type of hernia and to match the repair to the defect found. These classifications are based on the size of the hernia and the status of the posterior floor and/or the deep inguinal ring to describe the hernia. Most of them are complex and therefore difficult to remember.

Based on the fact that a classification should be simple and educative in order to be adopted by the general surgical community, the European Hernia Society (EHS) proposed a simplified classification for groin hernias.

In order to further increase simplicity and accuracy, the EHS decided to modify the latter classification only with respect to some minor points, thus preserving the major criteria of the Aachen classification. They suggest the index finger as the reference in open surgery, since the usual size of the tip of the index finger is mostly around 1.5–2 cm. This dimension is also reported to be identical to the length of the branches of a pair of most laparoscopic graspers, dissectors or scissors, enabling the surgeon to use the same classification during laparoscopic surgery.

In the EHS classification, the size of the hernia orifice is registered as 1 (1 finger), 2 (1–2 fingers) and 3 (3 fingers). For the anatomic localisation, the same criteria are used as in the Aachen classification (L = lateral, M = medial, F = femoral). For a combined hernia the EHS propose to mention the different hernias in the table by ticking the appropriate box. In addition, the letter P or R can be circled to represent, respectively, a primary or a recurrent hernia.