<-- HI/society/laparoscopic-rectopexy-for-complete-rectal-prolapse/--> AIS CHANNEL - The ultimate surgical training experience! //
This site uses cookies. By continuing to browse the site you are agreeing to our use of cookies. Find out more here.
Categories
Laparoscopic rectopexy for complete rectal prolapse
Posted in Videos on 31 January 2017 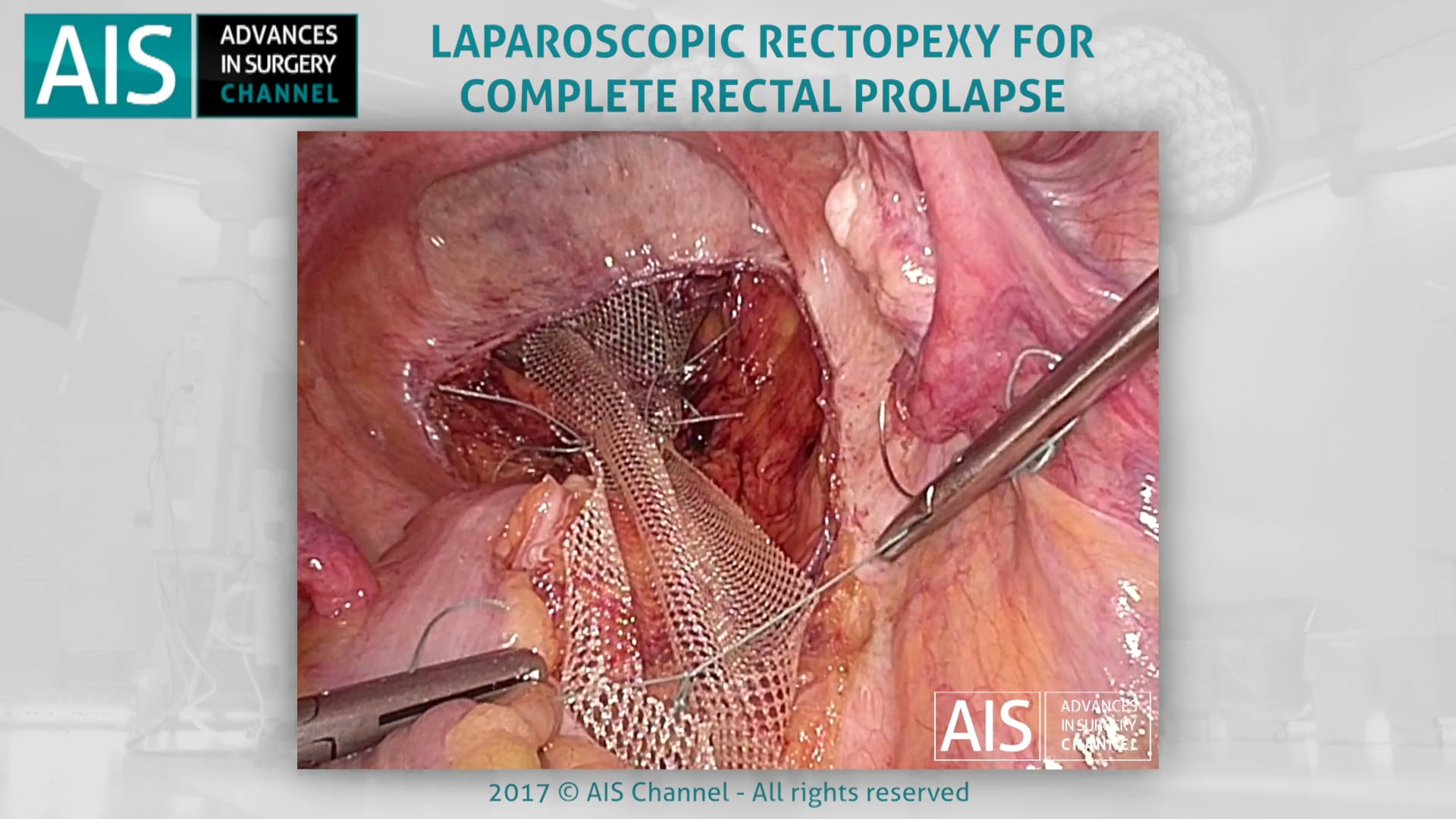 It was decided to perform a laparoscopic rectopexy.

The patient was placed in the supine position with open legs. The surgeon stood at the right side of the patient with one assistant on each side.

First of all, the surgical field is prepared, leaving the pelvis free. To do this we separate the bowel and fix the uterus to the abdominal wall with a stitch. The patient is in the Trendelenburg position.

Then we proceed to carefully open the peritoneum with the hook to dissect the mesocolon and release the promontory where the mesh will then be fixed. We continue with the release of the rectum at the level of the posterior side and towards the lateral sides, using the hook and ligasure.

We progress distally by opening the peritoneal reflex at the level of the anterior side of the rectum.  We dissect the anterior side of the rectum very carefully so as not to injure it, performing plenty of blunt dissection to avoid possible burns. At this level care must be taken not to injure the vagina. It is even helpful to perform a digital vaginal exam to make sure that we are not injuring it.

Once we have completed the dissection we continue with the placement of the mesh. In this case we use a titanized mesh. It is important that the assistant maintain the traction of the colon to fix the mesh correctly.

We make a total of four stitches at the level of the anterior side that we had released, two on each side, thus fixing the mesh to the rectal wall.  Now we pull the mesh and fix it to the promontory that we released with tackers and one stitch of non-absorbable suture.

Finally we close the peritoneum with a continuous bearded suture  (V Lock) to cover the mesh and place the structures in their natural position.

The surgery took 90 minutes. The postoperative course was correct. The patient started oral intake 24 hours after the surgery and left hospital on the 2nd postoperative day.