<-- HI/society/lateral-wall-transanal-total-mesorectal-excision/--> AIS CHANNEL - The ultimate surgical training experience!
This site uses cookies. By continuing to browse the site you are agreeing to our use of cookies. Find out more here.
Categories
Lateral wall during the Transanal Total Mesorectal Excision
Posted in Videos on 13 July 2017 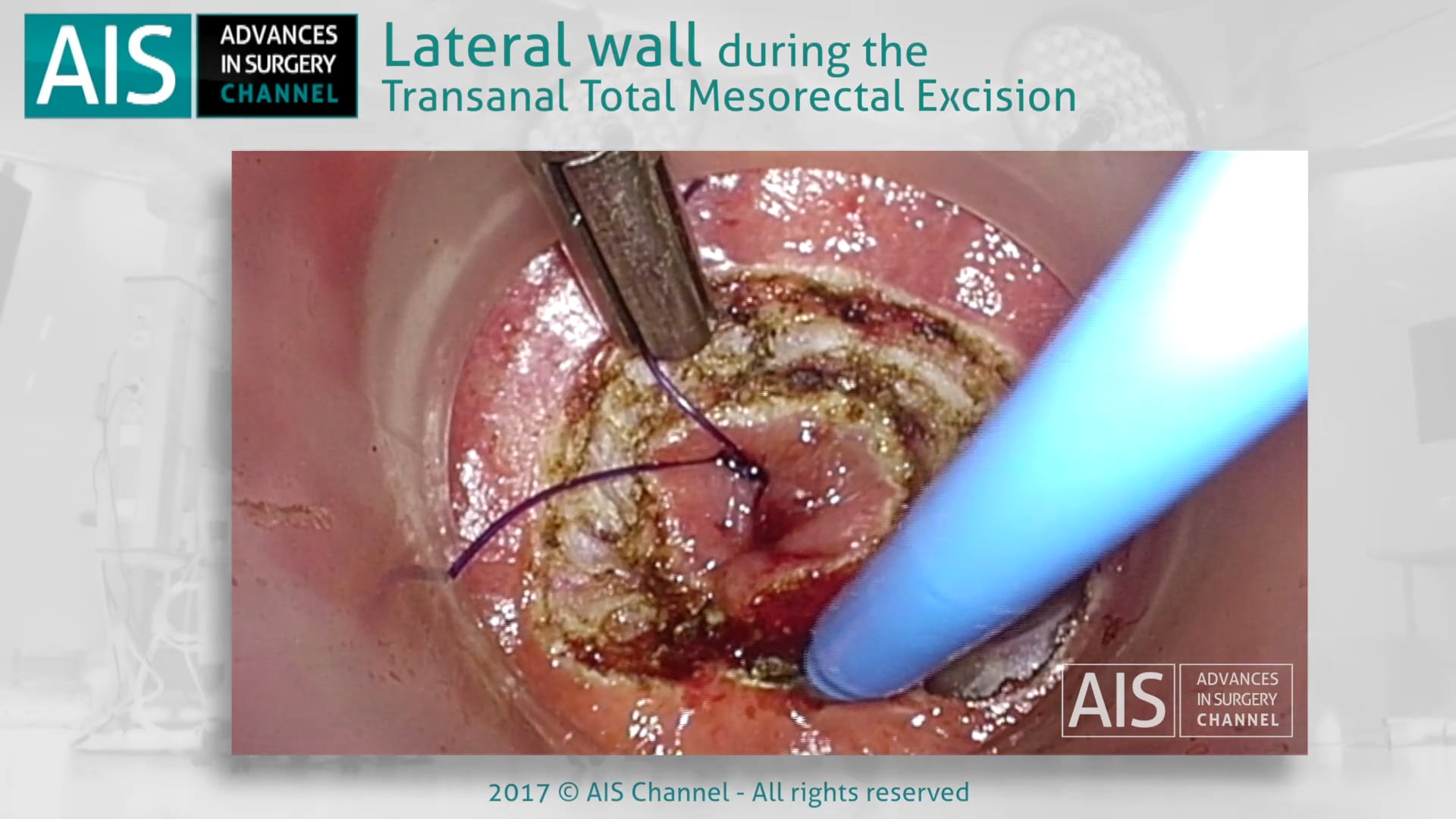 The transanal total mesorectal excision was first performed by Dr. Lacy and his team at the Hospital Clinic in Barcelona, and has now been standardized in a two-team approach, what is known as the Cecil approach, after their experience with almost 300 cases.

Several technical papers regarding the down-to-up approach have been published, searching to simplify the most complex steps. Bernardi et al. (Bernardi MP1, Bloemendaal AL2, Albert M3, Whiteford M4, Stevenson AR5,6, Hompes R2. Transanal total mesorectal excision: dissection tips using ‘O’s and ‘triangles’. Tech Coloproctol. 2016 Nov;20(11):775-778. Epub 2016 Oct 1.) described the triangles and O to guide the dissection. Any violation or incursion into a new fascial plane will lead to the formation of an ‘O’ or ‘halo’ sign. This occurs as the insufflation of CO2 leads to pneumatic dissection which evenly distributes pressure forces and blows the fascial defect into the shape of a circle. […] Usually, a deeper plane is opened.

Additionally, in the paper by Atallah et al. (Atallah S, Albert M, Monson JR. Critical concepts and important anatomic landmarks encountered during transanal total mesorectal excision (taTME): toward the mastery of a new operation for rectal cancer surgery. Tech Coloproctol. 2016 Jul;20(7):483-94. doi: 10.1007/s10151-016-1475-x. Epub 2016 May 17.), bilateral pillars of adipose tissue are described at the approximate 3 and 9 O’clock position at the level of the mid-rectum. These pillars, which measure approximately 2–3 cm in diameter, are avascular and seldom apparent when TME is performed from above. The natural, pneumatic dissection that occurs tends to create a false plane lateral to these pillars, resulting in what appears to be an angel hair plane. This can be misleading, even for the experienced taTME surgeon and a continued dissection lateral to the exposed pillars results in untoward pelvic bleeding as the plane leads the surgeon into the pelvic sidewall and its vascular plexus.

Training through videos, courses and proctoring, in addition to surgeons’ experience, are essential to identify the right plane of dissection during TaTME. Keep watching AIS Channel for new tips and tricks!!!