A 39-year-old male patient with no allergies and a previous history of type 2 MD and dyslipidemia suffered from morbid obesity with a BMI of 41 Kg/m2.

He underwent a laparoscopic Roux-n-y gastric bypass. The omentum section was performed at the level of the transverse colon with the antecolic gastrojejunal anastomosis, a standard technique in our center.

He was discharged on the second postoperative day with no incidents. After 6 days, he came to the emergencies department due to abdominal pain, mainly in the right flank, and fever.

A blood test was performed which showed leukocytosis and a high CRP, so the study was completed with an abdominal CT Scan  that reported:

Collection of 11x7x7cm with predominantly hypodense content with some fat in its most medial portion, located at level of the omentum in the right flank / mesogastrium, which is associated with significant fat trabeculation and hypercaptation of the adjacent peritoneum, with moderate free perihepatic fluid, in the right paracolic gutter and pelvis, all of which suggested an abscess due to omental infarction (FIG1, FIG2).

It was decided to perform an exploratory laparoscopy that confirmed the diagnosis, finding a collection in the location described and a purulent peritonitis, which was followed by drainage of the abscess and abundant washes of the abdominal cavity.

The patient evolved satisfactorily with correct diet tolerance and normalization of the analytical parameters. He remained stable with no fever, so the drainages were removed and he was discharged on the 6th postoperative day. 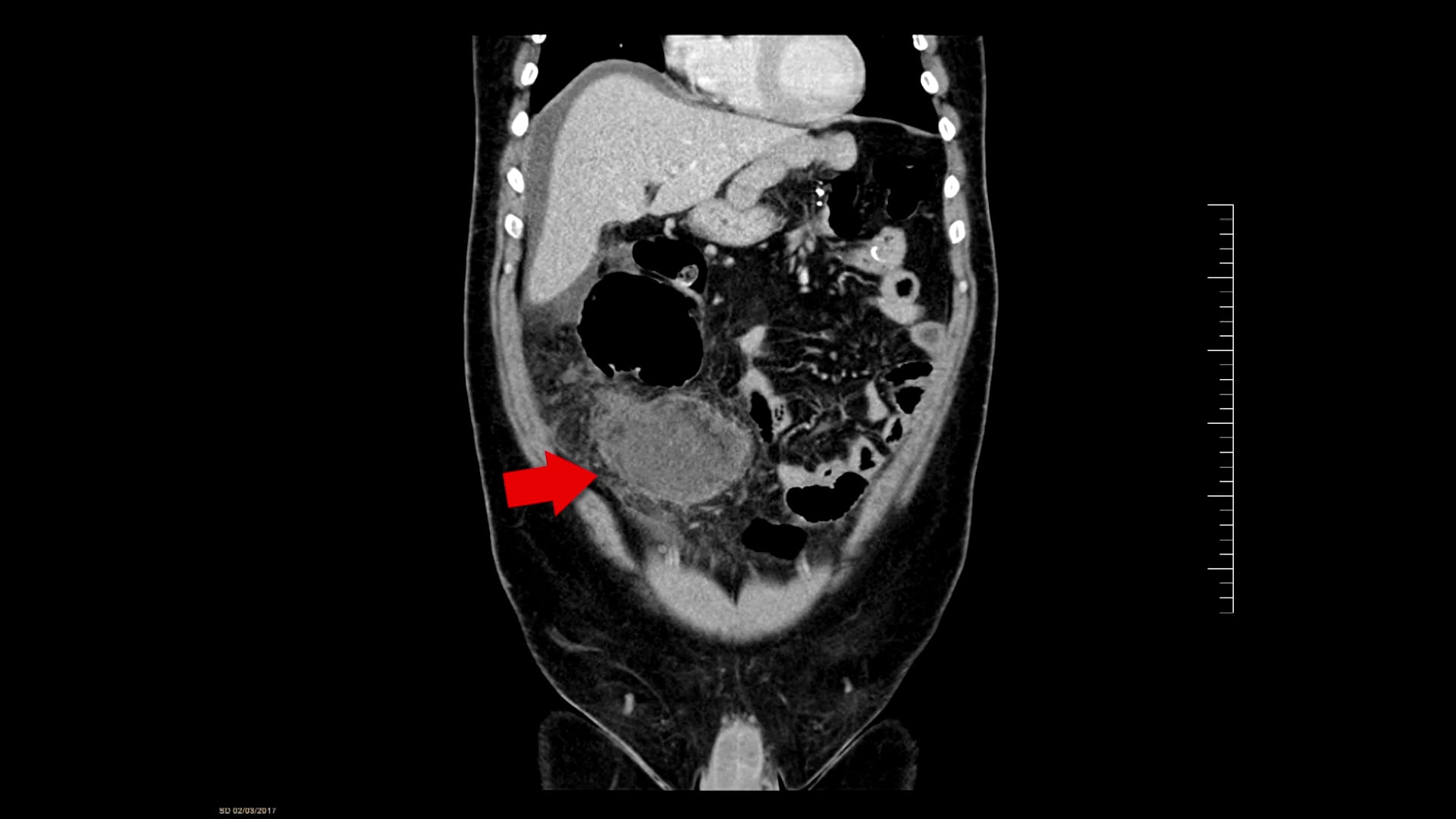