<-- HI/society/one-anastomosis-gastric-bypass-10-years-outcomes/--> AIS CHANNEL - The ultimate surgical training experience!
This site uses cookies. By continuing to browse the site you are agreeing to our use of cookies. Find out more here.
Categories
One anastomosis Gastric Bypass. 10 years outcomes
Posted in Lectures on 1 May 2018 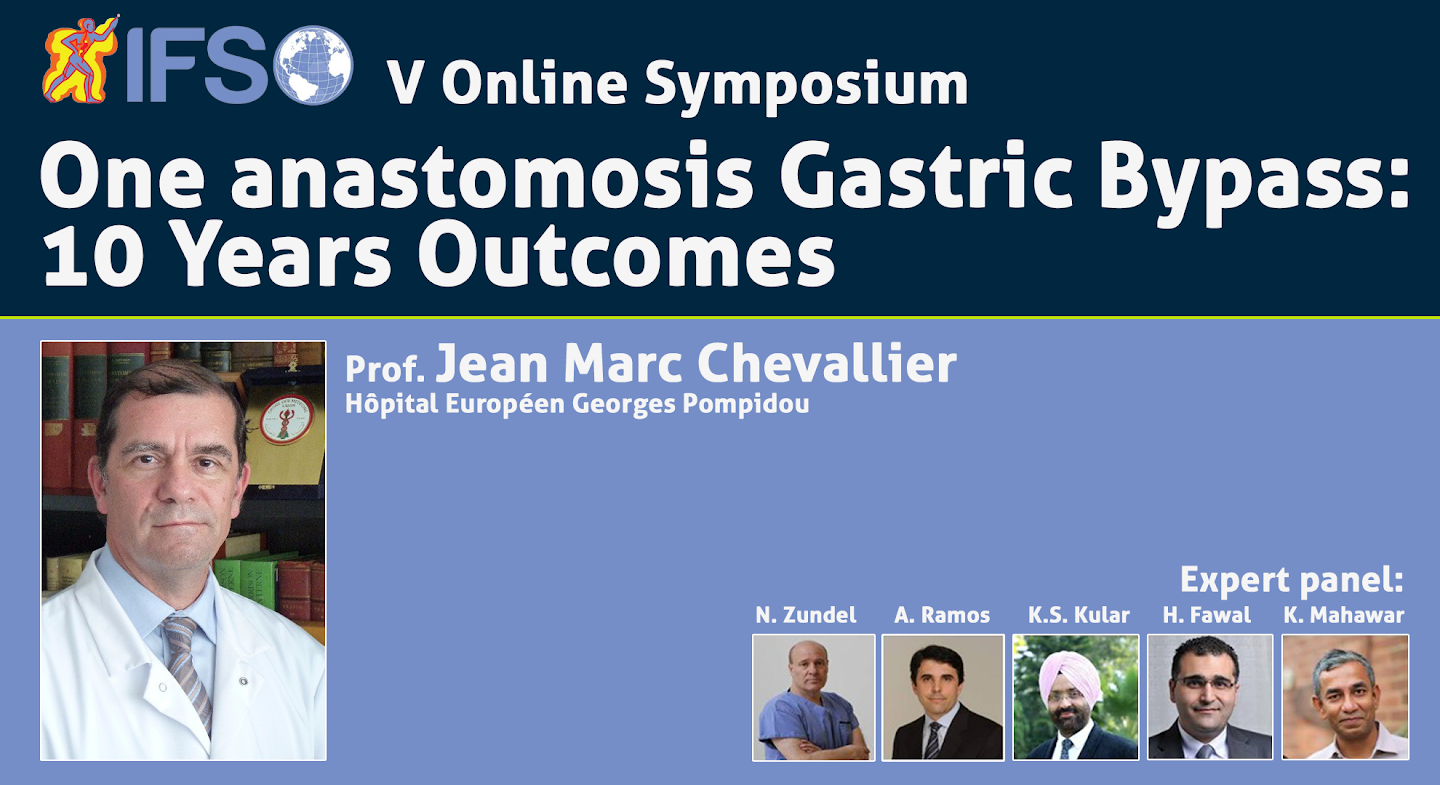 The One Anastomosis Gastric Bypass (OAGB) or Mini-Gastric Bypass (MGB) was initially described by Rutledge. This procedure, which is becoming increasingly accepted in the surgical community, proposes a simplification of the Roux-en-Y gastric bypass by performing a single anastomosis. Professor Jean Marc Chevallier, from the Hôpital Europeén Georges Pompidou (Paris, France), explains the technical details of the surgical procedure and performs a thorough review of the literature.

After ten years, the efficacy and safety of OAGB has been demonstrated in a  randomized trial and confirmed by several studies. The complication rate of this procedure is low (around 6%) thanks to the single gastrojejunal anastomosis, and the reoperation rate in the literature is 3%. There is a 3% rate of marginal ulcers after this procedure, especially in heavy smokers, and intractable reflux in 1% of patients. After this procedure, the risk of malnutrition seems extremely low (0.2%).

A panel of IFSO experts including Nathan Zundel, Hayssam Fawal, Kuldeepak Singh Kular, Kamal Mahawar and Almino Ramos then discuss the controversial technical aspects of the procedure, as well as its short-term outcomes and long-term complications.