<-- HI/society/robotic-surgery-social-knowledge/--> AIS CHANNEL - The ultimate surgical training experience!
This site uses cookies. By continuing to browse the site you are agreeing to our use of cookies. Find out more here.
Categories
Robotic Surgery | Social Knowledge
Posted in Videos on 11 July 2017 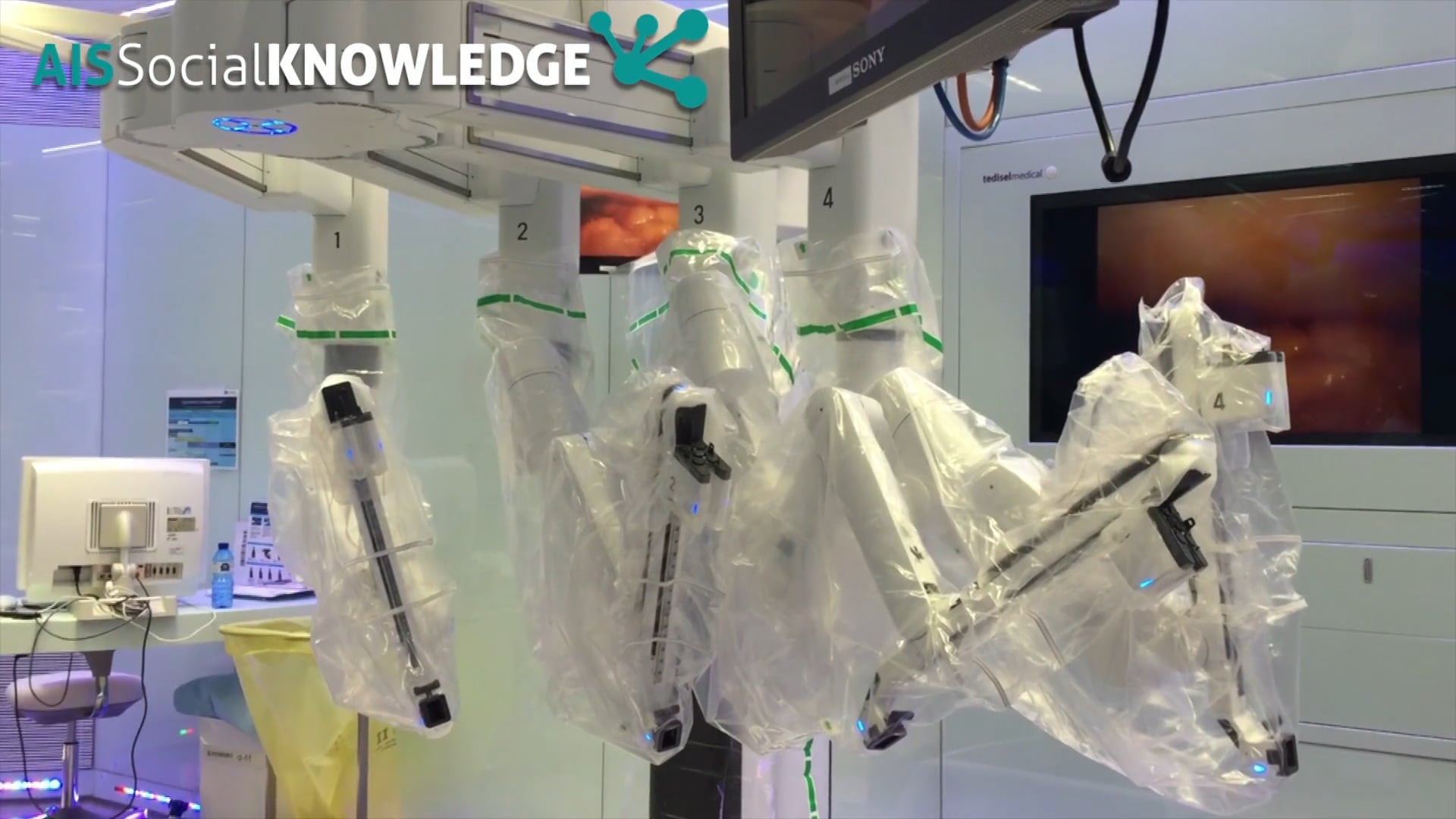 Recent decades have seen the emergence of minimally invasive surgery, mainly laparoscopic surgery. This surgical approach has some limitations for surgeons: hand-eye coordination, a two-dimensional view, and a restricted range of motion. In the late 1980s, some robotic devices were created to help surgeons perform surgical procedures. But it was not until the 2000s that robotic-assisted surgery was established as a new approach to minimally invasive surgery, overcoming these limitations.

In robotic surgery, the surgeon operates through a console, controlling a robot. The DaVinci system is the perfect paradigm of this approach. The implementation of robotic surgery is continuously expanding, and is currently used in urologic, gynecologic and general surgery procedures. It has also been used in many other fields, such as thorax and endocrine surgery.