<-- HI/society/sleeve-gastrectomy-spanish-national-registry/--> AIS CHANNEL - The ultimate surgical training experience!
This site uses cookies. By continuing to browse the site you are agreeing to our use of cookies. Find out more here.
Categories
Sleeve Gastrectomy: Spanish national registry
Posted in Lectures on 12 May 2016
Raquel Sanchez Santos, General Surgery
CH Pontevedra, Pontevedra – Spain 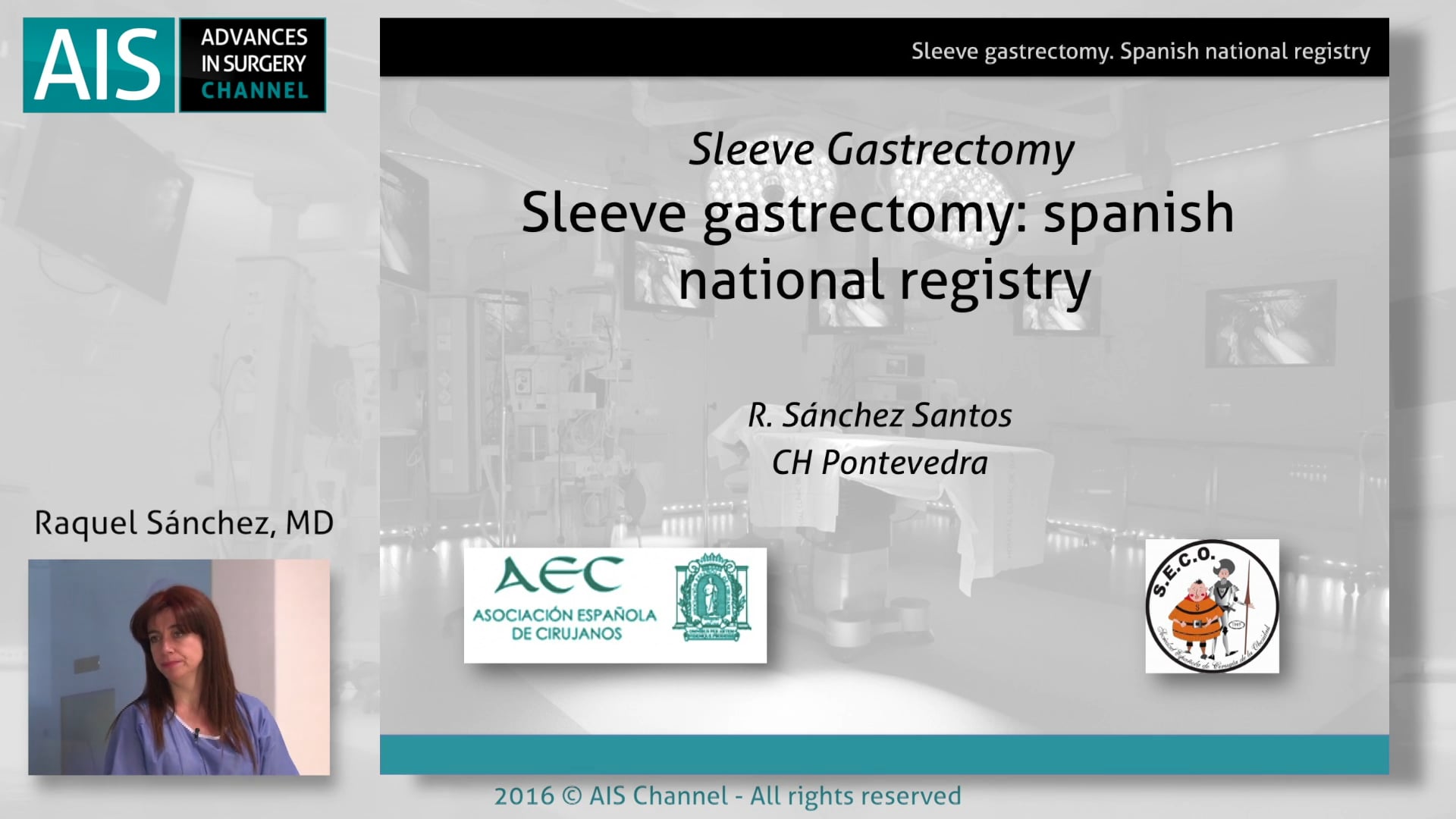 Laparoscopic sleeve gastrectomy was initially proposed as a first-stage procedure to perform in higher-risk patients in order to achieve significant weight loss prior to more complex bariatric procedures in a second stage.

The preliminary data shared in the 2007 Congress of the Spanish Society of Obesity Surgery and Metabolic Diseases (SECO) suggested that the number of Sleeve Gastrectomies performed in Spain had grown exponentially in recent years; the creation of a Spanish Multicenter National Registry was proposed in order to evaluate results following Sleeve Gastrectomy in Spain, attending not only to morbidity and mortality but to know also mid- and long-term weight loss results.

Raquel Sánchez, Head of the General Surgery Department at the Pontevedra Hospital Complex (Galicia, Spain) will present the results of this study and its follow-up 5 years from the procedure