<-- HI/society/surgical-strategies-for-parathyroid-disease/--> AIS CHANNEL - The ultimate surgical training experience! //
This site uses cookies. By continuing to browse the site you are agreeing to our use of cookies. Find out more here.
Categories
Surgical Strategies for Parathyroid Disease
Posted in Lectures on 12 January 2021
Jordi Farguell
General Surgery
Hospital Clinic 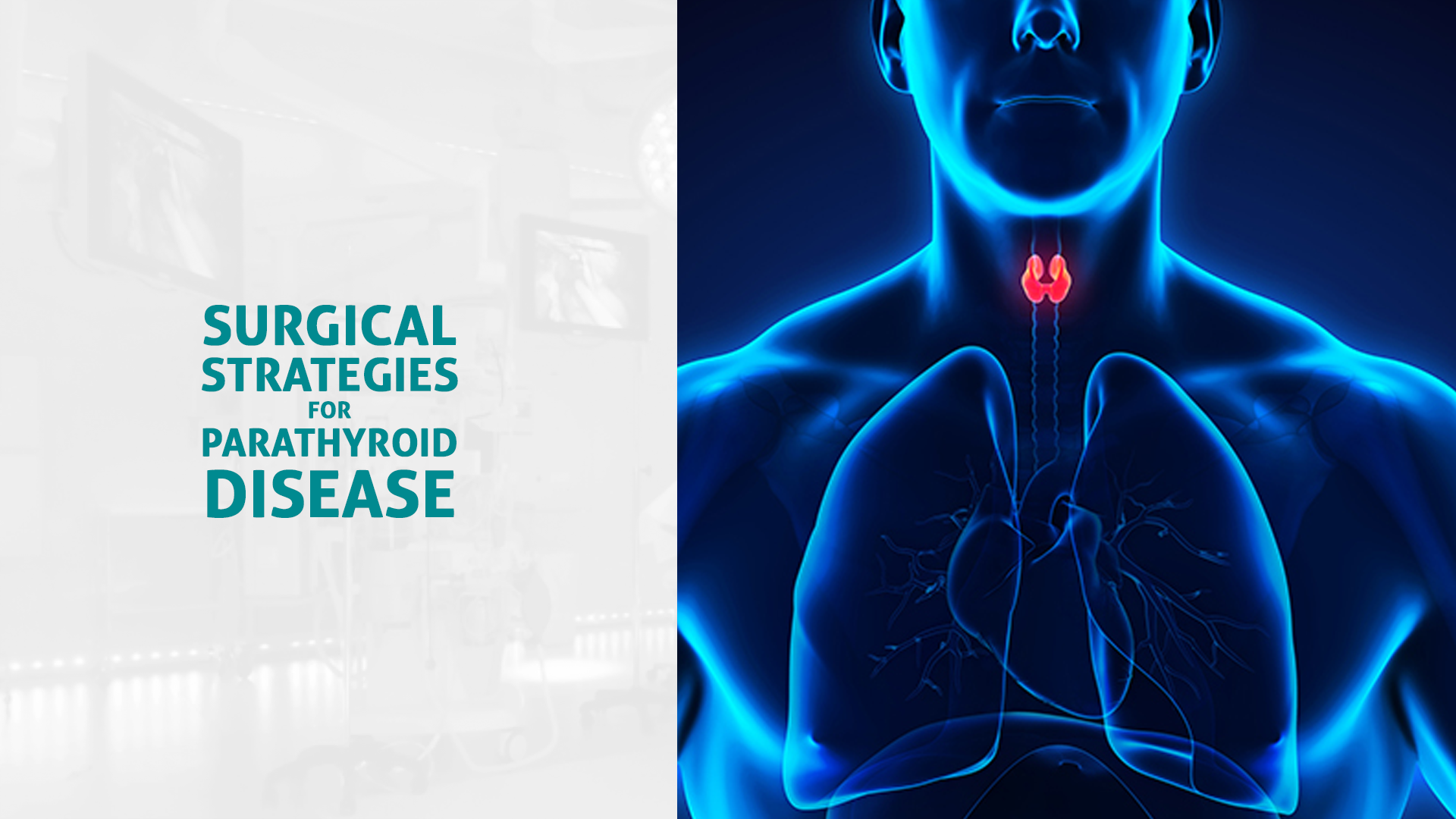 Surgery is performed under general anesthesia and the proper positioning of the patient is key to prepare the surgical field. Proper positioning involves a supine position with the neck extended and both arms at the sides.

The solitary adenoma normally appears to be enlarged in size and discolored and without injuring the recurrent nerve it is divided from the surrounding tissue.

This is the most common minimally invasive technique for parathyroidectomy. It is based on a central incision of 2.5 to 3 cm. As it is done with conventional parathyroidectomy platysma is divided and muscles are separated to identify the thyroid gland. With a medial rotation the parathyroid gland can be exposed.

The patient receives technetium-99m sestamibi 2-4 hours prior to surgery and with a gamma probe an intraoperative localization of the affected gland can be performed.

In this approach a small transverse incision of 1.5 to 2 cm is made 2cm above the sternal notch. Once the thyroid gland is dissected and rotated medially a 5-mm endoscope and dissection instruments are inserted through the single incision. Advantages of this technique include a small incision and central access that permits further parathyroid or thyroid resection if necessary. Adenoma size needs to be less than 3 cm.

There are two different approaches: the anterior one and the lateral. In the anterior approach, a trocar is used to pass a 5-mm endoscope through a small central incision with CO2 insufflation and two or three trocars are placed for instrumentation. Then the dissection is performed beneath the platysma and muscles are retracted to visualize the thyroid.

In the lateral approach, a 12 mm incision is made along the anterior sternocleidomastoid, 4 cm above the sternal notch. Then the dissection plane is created above the prevertebral fascia.

Parathyroid surgery has a low complication rate, and minimally invasive surgery decreases the risk of them.