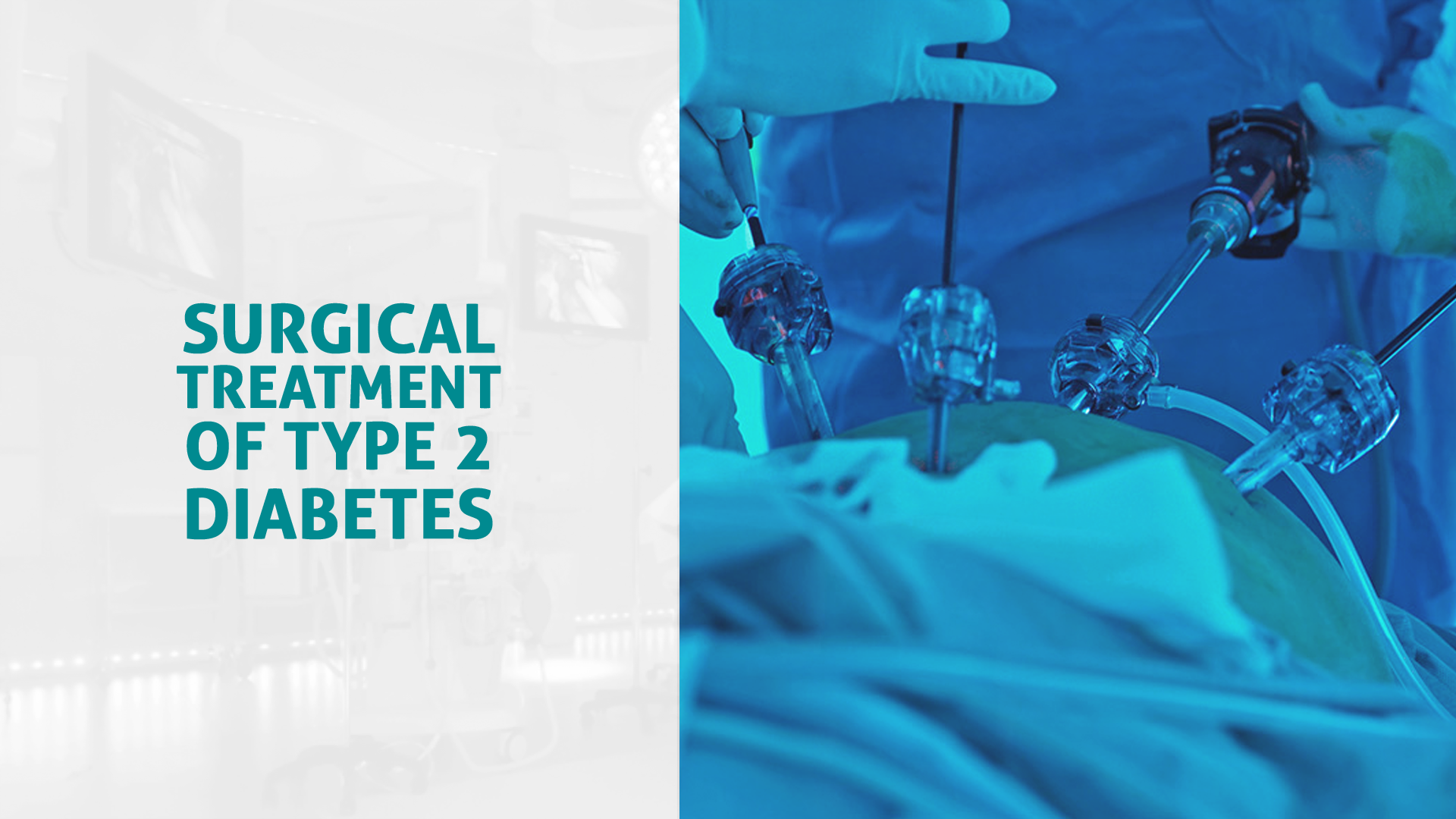 Surgical Treatment of Type-2 Diabetes: what’s the current evidence?
Diabetes affects about 387 million people worldwide. In the next 20 years, its prevalence is predicted to double, and more than half a billion people will be affected.

Etiopathogenesis of type 2 diabetes and obesity
In a subject at risk of having diabetes (obese patient or first-degree relative), the first thing that happens is insulin resistance. Most patients with diabetes are overweight or obese and suffer from increased visceral adiposity.

There is ample evidence to prove that inflammation is directly related to insulin resistance. Both hyperplasia and hypertrophy of the adipocytes can contribute to the expansion of adipose tissue. This expansion can lead to a number of effects, including hypoxia, cell death of adipocytes, increased secretion of cytokines, and deregulation in fatty acid flows.

Effect of surgery on type 2 diabetes
Multiple research studies have been developed to try to clarify the physiopathological mechanisms by which diabetes and the glycemic profile improve after obesity surgery.

Initially it was thought that these results were due to the restriction and/or malabsorption produced by the surgery. There is no doubt that weight loss has a crucial effect on resolution, but certain factors such as the fact that the improvement of glycemic metabolism after obesity surgery occurs even before weight loss made us think of other possible causes not related to weight loss that could also have an effect on this evolution.

The anatomical alterations made in surgical procedures trigger certain physiological changes (hormonal, increased bile acids, changes in the microbiota and even changes in intestinal morphology) that may contribute to these results, although the main cause of the resolution of diabetes remains unknown.

From bariatric to metabolic surgery
The rising prevalence of diabetes that is being observed worldwide is related to the large number of overweight and obese subjects. The extent of the problem is significant, so different medical societies have been taking an interest in the treatment of diabetes from obesity and there are currently several published guidelines for the treatment of diabetes where surgical treatment has special prominence.

Multiple studies have demonstrated the efficacy of surgery over conventional medical treatment, and these satisfactory results have led to an extension of the indications for obesity surgery to the so-called metabolic surgery, which would be defined as the one aimed at improving or curing poorly controlled diabetes with medical treatment in patients with grade I obesity or even in overweight patients.