<-- HI/society/the-8th-live-congress-of-ais-channel-was-focused-in-the-surgical-treatment-for-t2dm/--> AIS CHANNEL - The ultimate surgical training experience!
This site uses cookies. By continuing to browse the site you are agreeing to our use of cookies. Find out more here.
Categories
The 8th Live Congress of AIS Channel was focused in the surgical treatment for T2DM
Posted in News on 1 December 2015
8th AIS Congress: Laparoscopic Roux-en-Y: More than just a little intestinal operation 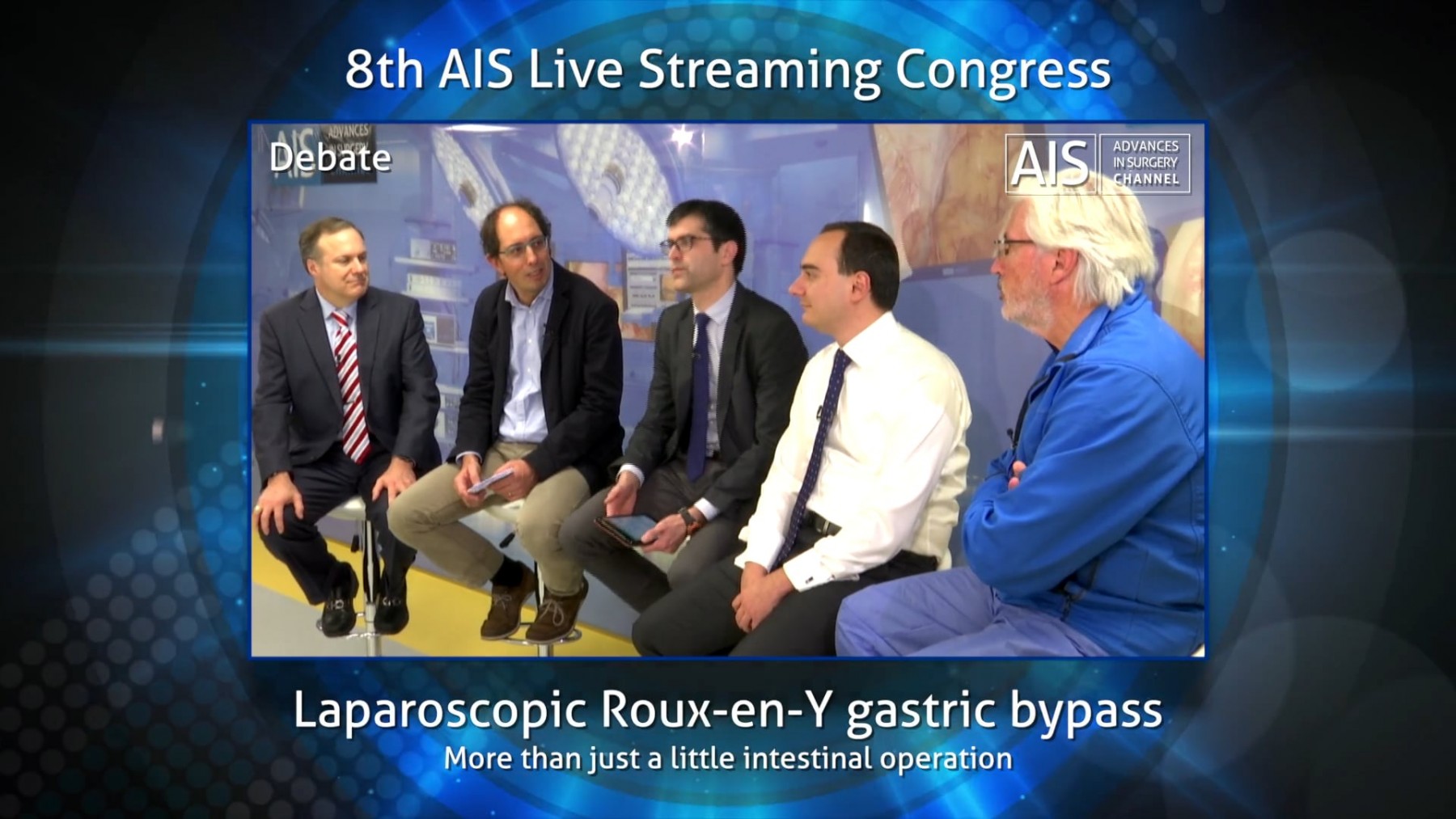 On 20th November, AIS Channel broadcast its 8th Live Congress, focusing on the Roux-en-Y gastric bypass and its metabolic benefits. In the introduction, Antonio Lacy highlighted the scientific relevance of the event, which included the point of view of surgeons endocrinologists.

Philip Schauer, who is a world leader in bariatric and metabolic surgery through his research, said that the Roux-en-y gastric bypass is the procedure of choice to treat type two diabetes mellitus. Ricard Corcelles from Hospital Clínic in Barcelona, remarked on the high level of scientific evidence to support that statement.

The endocrinologist Alexander Mira, from Imperial College London, analysed the mechanisms involved in the resolution of type two diabetes mellitus after roux-en-y gastric bypass . A live surgery was performed during this meeting. Ainitze Ibarzabal and Gabriel Díaz provided a step-by-step description of the procedure and an explanation of the surgical case.

While the surgery was being performed by Antonio Lacy and its team the experts commented on several matters, like technical considerations, main steps and  some controversies regarding the operation.

At the same time they received queries from online viewers and discussed them simultaneously from the main set and the operating theatre.

Finally Josep Vidal moderated an interesting debate that lasted one hour. The main topic was “Diabetes surgery” which is a hot point that concerns both surgeons and endocrinologists.

Many topics were discussed such as: