<-- HI/society/treatment-of-esophageal-perforations-why-when-and-how/--> AIS CHANNEL - The ultimate surgical training experience! //
This site uses cookies. By continuing to browse the site you are agreeing to our use of cookies. Find out more here.
Categories
Treatment of Esophageal Perforations. Why, when and how?
Posted in Lectures on 10 November 2020
Victor Turrado-Rodriguez
Gastrointestinal Surgeon Attending
Hospital Clínic de Barcelona, Spain 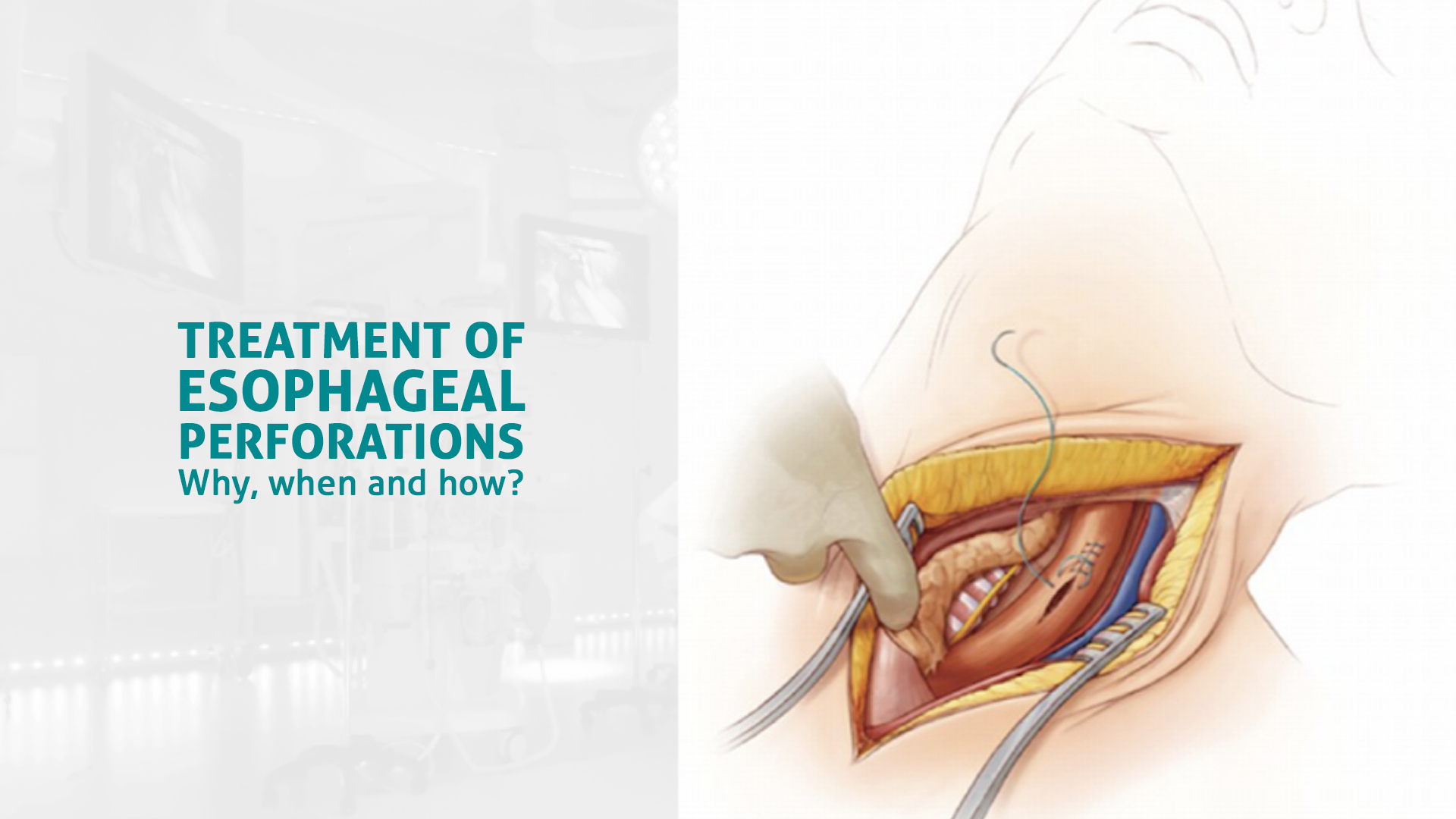 Spontaneous rupture of the esophagus, the so-called Boerhaave’s syndrome, was first described in 1724 by Hermann Boerhaave as direct observation of Baron van Wassenaer, the Grand Admiral of the Dutch fleet. Nowadays, esophageal perforations are most commonly iatrogenic, caused during diagnostic and therapeutic endoscopic procedures.

Surgical therapy has been the dominant treatment but recent developments resulted in the expansion of treatment options to include nonoperative, endoscopic and hybrid approaches.