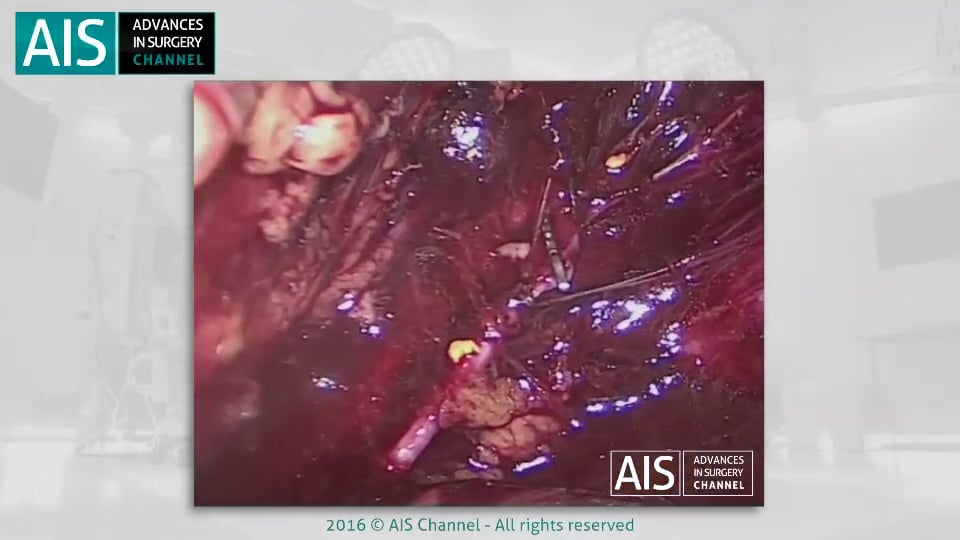 Recent technological advances have made it possible to develop new, increasingly less invasive surgical approaches, such as Natural Orifices Transluminal Endoscopic Surgery (NOTES) or Single Port Laparoscopic Surgery (SILS). These new approaches involve a reduction in morbidity, analgesic requirements and a better aesthetic outcome. As a result of these advances retroperitoneal adrenalectomy is currently a safe and reproducible procedure.

A 33-year-old woman with a medical history of appendectomy and cholecystectomy was diagnosed with Cushing’s disease secondary to a 35 mm right adrenal tumour shown by MRI.

The patient was placed in the prone position with flexed legs. A 25 mmHg pneumoretroperitoneum was performed and three trocars were used. The retroperitoneum was dissected until the lesion was found. During dissection it was found that a vena cava lesion had been caused. The high pressure pneumoretroperitoneum made it possible to contain the haemorrhage and complete the dissection in order to have an optimal surgical field to repair the lesion. The repair was carried out using clips and no further haemorrhage was found.

In conclusion, the retroperitoneal approach to adrenalectomy is a safe procedure even though the risk of damaging the vena cava during right adrenalectomy is still one of the main and most dangerous complications of this procedure. The high pressure pneumoretroperitoneum helps to contain the haemorrhage and thus makes it possible to improve the surgical field and plan the best approach to repair the lesion.